In 1760, the Canada was as large in territory as it was small in population.

It extended down to Ohio, included the Great Lakes, and reached far toward the setting sun. Most of the country land was as wild as it had been on the day when Jacques Cartier first discovered the land that was to become New France.

In fact, the French had flung their posts far and wide in order to gather furs, but in all the great heart of the vast continent their only small and feeble settlements were at Detroit and on the Mississippi River (known as Illinois). Less than a thousand inhabitants, for instance, populated the town of Detroit. Most of the people living there were subjected to a very harsh existence and they had little contact with the outside world.

Along the St. Lawrence River, the French settlements were more populated: around sixty four thousand Canadians lived along a narrow band on the shores of St. Lawrence, thus stretching the “inhabited New France” for about two hundred and fifty miles from the southwest to the northwest. Checked by the rapids on either side of the Ottawa’s mouth, settlements had climbed no farther up the St. Lawrence River than Cedars; while downstream, the settlements died out in the climate of Kamouraska.

A band of settlements also spread across the fertile islands of Jesus (today’s Laval city), Montreal, and over the right bank of the Richelieu River, running nearly parallel to the St. Lawrence River up to the town of Sorel-Tracy, the two rivers’ merging point.

On either side the St. Lawrence River, the wandering line of rough-hewn timber or stone cottages, interrupted with a church or a mill, looked like a long and interminable village. The farms were squeezed together along the water’ edge with only the lower lands cultivated. The rest of the Canada was a wilderness because the land was low yielding and less accessible.

Many European and American travelers observed that the Canadians, living in this pioneer atmosphere, “breathed from their birth the air of liberty”, and even ordinary people lived in greater ease and comfort than thousands of gentlemen of France.

The seignior’s dues, if any, were very light, the church’s tithe in Quebec was only twenty-sixth, and the New France had no taxes.

This was the country handed by surrendered Governor Vaudreuil to the British commander-in-chief on September 8, 1760. 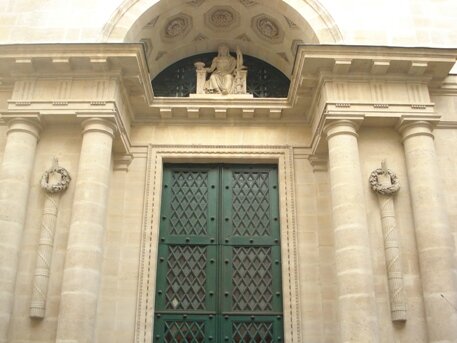 There is an ancient belief that the gods love the obscure and hate the obvious. Without benefit of divinity, modern men of similar persuasion draft provisions of the Internal Revenue Code. (Martin D. Ginsburg). Photo : © ProvinceQuebec