Shipwrecks are unofrtunate but fascinating…

Here you can see a few of these sad episodes of Quebec's history, a number of shipwrecks occured in the past on St. Lawrence River… 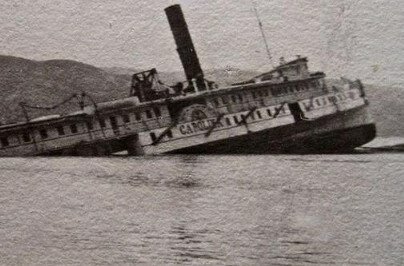 The poddle-wheeler Caroina on Passe Pierre, 10 miles up the Saguenay, in 1905. Source : Tides of Tadoussac Web Site 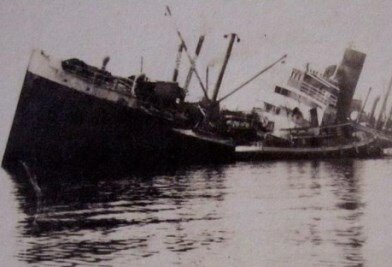 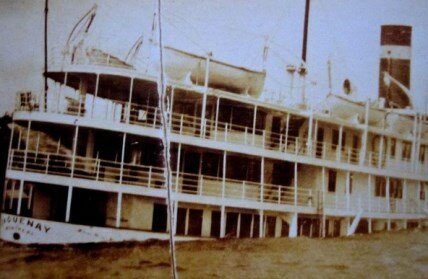 CSL Saguenay on Vache Reef in 1924. The ship got lost in the fog and made a wrong turn.  It was pulled off the beach at high tide.  It would have been a different story if the ship had run up on the rocks. Source : Tides of Tadoussac Web Site 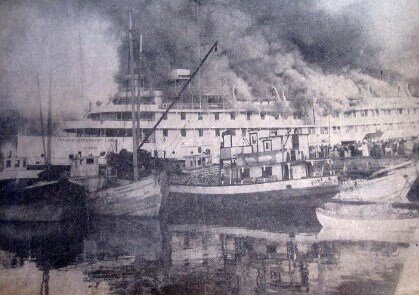 CSL Quebec burns at the wharf in Tadoussac, on August 14 1950. Although no one was ever prosecuted, the fire was believed to be arson, and seven people died. The tragedy could have been much worse but for the actions of the master, Cyril Burch. He decided against launching lifeboats out in the St Lawrence, instead sailing the ship to the dock in Tadoussac and disembarking the passengers. This fanned the flames and sealed the fate of the ship, but probably saved lives.  Source : Tides of Tadoussac Web Site 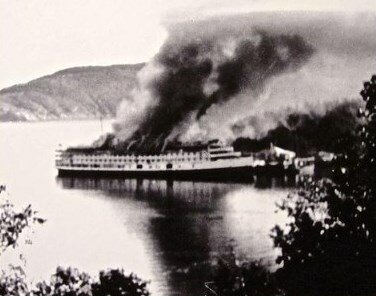 View from Brynhyfryd - many people who were in Tadoussac in August 1950 have said they remember the event clearly, even if they were very young 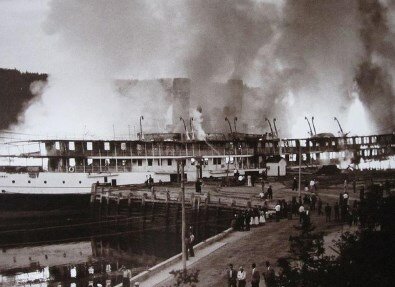 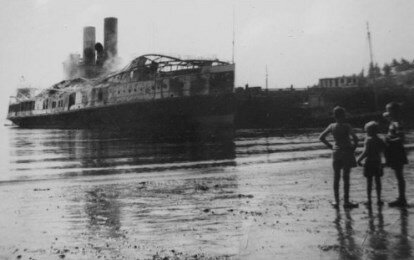 CSL Tadoussac ended up buried in the sand in Dubai, eventually scrapped