When the long struggle for the control of Canada was over in 1760, the English found themselves masters of a country in which everything was different from what they had seen back in England and in New England. Indeed, the natives spoke a different language and were living under different laws. The greatest difference between the two peoples, however, was one of religion, as the French were devoted Roman Catholics and the English, on the other hand, were Protestants. There was a serious problem to solve.

The first English Governor of Quebec was General Murray, who had commanded the left wing of Wolfe’s army at the Battle of the Plains of Abraham. As soon as the treaty of peace had been signed, in 1763, Governor Murray undertook his duties very seriously. Even the French admitted than he made it his business to see that the law was applied in exactly the same was both to the English and the French.

Thus Murray lost his popularity among the majority of the English who thought they if they had conquered Quebec, they now had special rights and privileges, so that Murray should favour them.

Quarrels between the English and French merchants became frequent. Finally, a group of traders complained to the British government about Murray’s favouritism, and they made serious charges against him. Murray was recalled to England. Although the charges proved to be false, he was not sent back as governor, and Sir Carleton was appointed in his place.

Sir Carleton, however, followed the same policy as Governor Murray. In 1774 he persuaded the government in England to pass an Act granting the French full freedom to follow the Roman Catholic religion rite. He made remove references to the religion from the oath of allegiance, and made approve the laws of the land the same as those of France, while the criminal law was to follow the English forms. Nevertheless, the French were denied the Parliament of their own and the Canada was governed by an English governor, with a council chosen by the king of England. 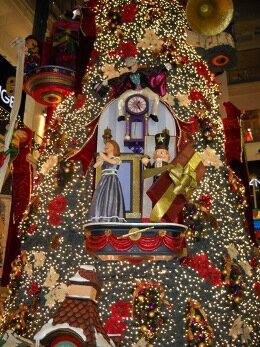