All through the summer, the siege of Quebec went on. The British pounded the lower town of Quebec. The French replied from the heights.

The General Wolfe, commander in chief of the English troops, was growing anxious, as the fall was near and the army would have to retreat in winter.

On the 10th of September, James Wolfe and a group of his staff took a walk along the St. Lawrence shore until they reached the Etchemin River. Wolfe wondered why if the English could cross the river at that place.

He put his telescope to his eye and looked long and hard at the side of the cliff. Then the General decided that he would take his men up the river, lead them up the cliff to the plains west of Quebec City walls and launch an unexpected attack on Quebec from the quarter.

It seemed such a bold plan that Wolfe did not even mention it to his staff. Well, the officers might have suspected that something was about to happen, when they saw light in their leader’s eyes, The English thus began their preparations. It’s known that the French in Quebec City watched boats going up and down the far side of St. Lawrence, but they thought the English troops were only seeking a new site for their camp.

If they only knew that the battle on which depended the fate of the continent and the destiny of the French possessions in the west, was to begin… 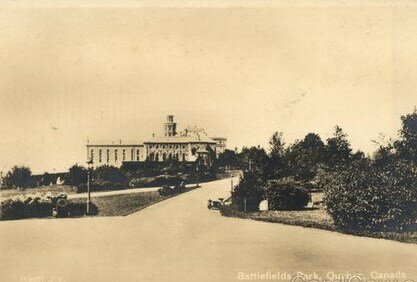