On 15 November 1976 the Parti Quebecois was a convincing victory, with 42% of the popular vote and 71 of 110 seats in the National Assembly.

Even Rene Levesque had not expected to win, anticipating only a significant breakthrough and a strong PQ as official opposition. The Liberal collapse was so deep that even Premier Robert Bourassa was defeated at the hands of poet Gerald Godin who had been arrested under the War Measures Act in 1970.

With a separatist party now in power in Quebec, what had been a perceived but distant threat of the break-up of Canada suddenly became real and palpable, even when great strides had been taken since October 1970 in order to accommodate Quebec’s aspirations. Indeed, constitutional renewal and a language charter were offered at Victoria in 1971. At first, Premier Bourassa agreed to the Victoria Charter, but after a sampling of opinion back home, alive with negative opinions, fears and reservations about the deal, Bourassa withdrew his agreement.

Instead, Trudeau tried to reduce the French-English polarisation, and insisted on the constitutional doctrine of the equality of provinces. This policy created many career and business opportunities for a significant number of Quebecois, but it didn’t relieve the language tensions in Quebec.

The language issue remained a matter of making French the language not only of day-to-day life and work but also of economic decision-making and career opportunity. The Gendron Commission, appointed by the Union Nationale government in 1969 to defuse the St. Leonard Crisis, issued its report in 1972.

The report confirmed the dramatic economic disadvantages experienced by the Quebecois compelled to use English as the language of work, especially as they moved up the occupational hierarchy. The evidence showed that language was the key to dismantling English privilege and unlocking economic opportunity for the majority of the people. 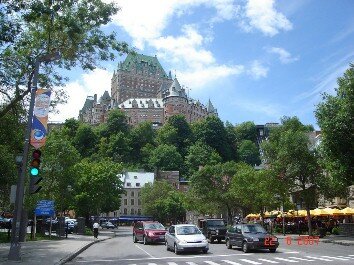