Religion through the history

Religion through the history

Religion through the history of Quebec

Any sketch of the religious history of Canada would be complete only if make reference to the missionary efforts of the Canadian churches in Canada itself. The Church followed close on the heels of exploration and colonisation of Canada from the beginning of the 17th century. Many times, it preceded merchants and official representatives.

The Jesuit missionaries established themselves in Huronia, land of the Huron in 1639. Some of the most glorious pages of Canadian history relate to the story of what are called “home missions”. The history of Quebec and Canada would be very different today if it were not for the policy adopted by the Roman Catholic Church, a social institution which exercised the greatest influence and had a vast impact on Quebec Indeed, it occupied a unique place in the history of the province.

Let’s tell than in the English speaking media the most common image of Quebec was that of a priest-ridden province. According to many authors, the clergy not only exercised a disproportionate amount of influence on a fairly simple people but, as well, by keeping them in relative ignorance, and isolating them from the rest of the continent, contributed to the increasing economic inferiority which came to mark the province and remained severe until the recent past. This image might contain a grain of truth, but a vast amount of generalization amounted to misrepresentation, bordering with nonsense. 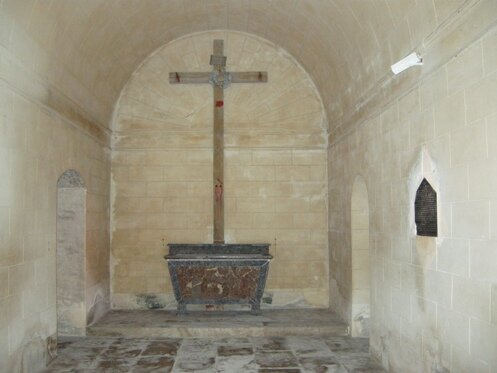 This negative image of the role of the Church was also echoed by the new social scientists that were trained in Quebec in the period immediately following the Quiet Revolution of 1960ies. Many of them sought the modernization of Quebec and championed the cause of radical change, thus they condemned the obscurantism that had characterized Quebec before the Quiet Revolution and blamed the Church for the situation. That explains why the role of the Catholic Church in Quebec history in widely seen in fairly negative terms.

In looking at the history of the role of the Catholic Church in Quebec however, we can distinguish many positive moments and successes.

For instance, in the period of the beginning of the colony of New France; the Church played the dominant role. The Roman Catholic Church was very active in the pursuit of the conversion of Amerindians and wished to establish a French colony to serve as a model Christian community. Thus, the Church played a major role in the exploration of the continent, attracted a good many of the immigrants, founded missions and cities – Montrel is just one example of many. It influenced the economy of the colony and was primarily in charge of relations with native peoples.

The Church devoted a good part of its efforts to help the poorest and maintain the moral high of the colonists so they could survive through the hard times.

It would be much more difficult, even impossible to develop am economy, centered on agriculture and the exploitation of the forest, without the clergy.