In New France education was dominated by the established churches.

In general, it’s believed that during the French regime, the Jesuit College at Quebec provided males in the elite with a post-secondary education comparable to that which was given in a provincial French town. The Quebec Seminary ran the most important elementary school in Canada, the Petit Seminaire (Small Seminary).

Besides, it trained Canadian priests in its theological college. The Congregation de Notre-Dame dominated the female education with elementary schools in the largest settlements. After the Conquest, in the 1760ies, the disappearance of the Jesuit College was a serious blow to post-secondary education in Canada.

The system started to recover at the beginning of the 19th century, with the creation of a wide system of classical colleges with programs that emphasized literature, rhetoric, and philosophy. One of the first colleges was the College de Montreal established by the Sulpicians monks in 1803. This elite boys’ school with pleasant grounds on the Western extremity of Montreal had 120 residential students who lived in fine dormitories. Each student had to pay substantial fees, but everyone was provided with his own bedding and silverware. Pupils rose at 5.30 a.m.

They had mass in a chapel and breakfast, then the class started by 8.00 a.m. On Sunday they had to assist mass in a parish church. Despite the classical nature of these schools, scientific education was not completely absent. Since the early times, Jesuits taught hydrography, and many missionaries showed considerable interest in American flora and fauna, as well as in ethnology. Professionals, such as notaries and lawyers, attended classical colleges and the entered into apprenticeship as a clerk to be trained in the profession.

The necessity of financing studies in a classical college, finding a professional willing to train a clerk, and having social contacts to establish a practice ensured that boys from the popular classes did not often enter the professions. 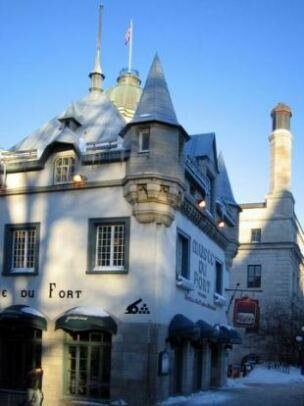