The first earthquake on record in Canada occurred in 1638

The day bells rang by themselves: The first earthquake on record in Canada occurred in 1638.

What became known as the Great Earthquake happened in 1663. Contemporary records tell of doors opening and shutting by themselves with a fearful clatter.

The bells rang without being touched; buildings split asunder; floors separated and fell down; cracks in fields had deep precipices, and mountains seemed to move out of their places.

Many small rivers dried up. In others, the water became sulphurous and others changes courses. Trees were uprooted and thrown considerable distances midway between Tadoussac and Quebec City. Two mountains fell down and the Island aux Coudres rose up and almost doubled in size. 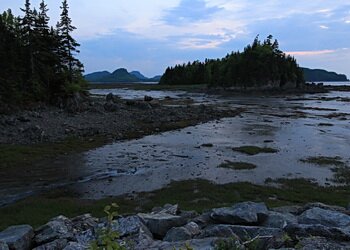 Mountains seemed to move out of their places and many rivers dried up. Photo: © ProvinceQuebec.com