Workers and the Church

Workers and the Church

Workers and the Church

In Quebec (New France, Lower Canada) Catholic ideology defined workers’ rights within the framework of the social doctrines inspired by the Church. In the 20th century, until late in the Depression, Catholic social activists stressed the social value of manual labour within a hierarchical order, according to the Rerum Novarum social doctrine, diffused by Pope Leo XIII in 1891.

The Church opposed class struggle and international unisons with their principles of religious neutrality, and posited instead the defence of French Canada’s language, culture and religion against threats coming from other countries. However, many Roman Catholic activists and even clerical authorities participated directly in the Quebec labour movement.

Thus, in 1907 the first Catholic union was formed in Chicoutimi under the sponsorship of the Bishop of Chicoutimi, while in 1909 the provincial council of bishops warned of the “false and dangerous principle of religious neutrality in trade unions”. Priests intervened personally in the most important industrial disputes.

They arbitrated the general tramway strike in Montreal in 1903 (supported by the population of the metropolis) and the shoe industry strike in Quebec City in 1911.

Sometimes, the Church was used as an ideological arm of the capital rather than a mediating force.

Some other times, priests publicly supported en encouraged strikers. This was the case of Asbestos strike, after which Mgr Charbonneau, bishop of Montreal had to exile in Regina under the pressure from Vatican, furious with his pro-workers position. Catholic unionism was an important element in the ethnic, religious and trade division of labour forces in Québec. 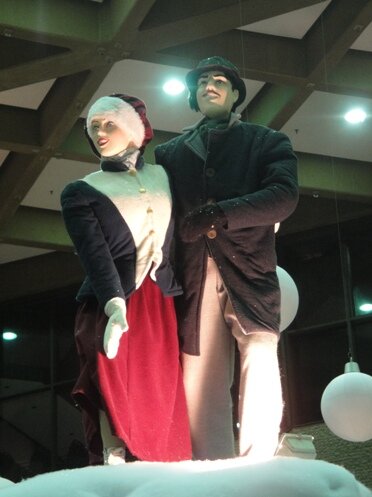