The end of the 19th century and the early 20th century was a time of big change in Quebec.

It was a change from traditional, agricultural handwork to the new and exciting industrial era.

Well, to tell the truth, this period of change started in the mid-1850ies, with the development of the railways in Quebec, and lasted right through the end of the 1950ies, but it was at the beginning of the 20th century that telephones, trucks, steel bridges, airplains, radio stations and many other new technologies were introduced.

The country turned decisively from the flax-processing and ox-carts to the wood-burning locomotives and from timber log rafts to steel ships. Conservatories, gardens, elegant buildings, libraries, universities, hospitals were now built everywhere. In 1889, the Grand Prix de Merite agricole was instituted.

Since than, each year, farmers competed for medals in recognition of their efforts to improve technology and production. Judges, appointed by the government of Quebec, visited every farm and awarded each one a score. At the same time, adoption of mechanical loader was a great step towards the complete mechanisation of haymaking.

The mechanical loaders appeared at the end of the 19th century. They raked the hay and hoisted it over wagons. The an had only to spread the hay evenly over the wagon bed using a pitchfork and stamp it down so that nothing was lost during the trip to the village from the camp. The screening machines were introduced as well, so seeds were no more sorted by hand.

Oh, yes we lost something. No time like the past era. Flax, harvested by hand allows to obtain the longest fibres possible and a long trip on a horse-carriage allows us to admire the countryside and smell the glass, but we can't elude progress. Thus, in the first years of the 20th century, after many years of using the sickle an the scythe, Quebec farmers begin to use machines to harvest oats. Curiously enough, the progress made gradually disappear public markets, which were replaced by large supermarkets. 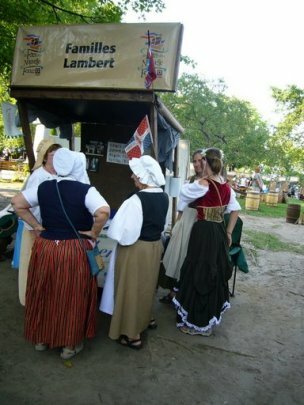 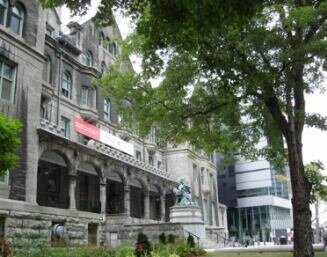