It is not still clear why the decision was taken to permit the broadcast of the Manifesto of the FLQ, issued on 5 October, 1970. In retrospect, the governments, both the federal and the provincial made a serious political miscalculation. Having initially rejected all seven demands of the FLQ, the authorities then relented and agreed to broadcast and publish the Manifesto, as an act of good faith.

In fact, the 1970 Manifesto was a polemic version, much more emotional than the first Manifesto launched in 1964, which was a tedious academic text.

The October 1970 version was full of the immediacy of recent political events. It made use of the vernacular, wildly held grievances. It was salted with irreverence and contempt for key authority figures.

A few of its phrases were far from a political text: Drapeau (major of Montreal) the dog, Bourassa (prime-minister of Quebec) the Simard sidekick, Trudeau the queer, the sub-ape Robert Shaw, etc.). But the Manifesto made good use of the distortions of the election of 29 April, 1970, especially the electoral distribution that gave the Parti Quebecois less than 7% of the seats despite their winning over 24% of the vote and what it called “the Brinks Show”. Perhaps the governments believed that the content and the tone of the Manifesto would alienate ordinary people or at least the excessive and expressive political rhetoric would leave them unmoved.

Perhaps the authorities saw the Manifesto as the most innocuous of the demands, involving no compromises of the state’s authority. The may just have hoped to buy a few days’ time - the police effort could uncover the location of Cross and his abductors.

Whatever the reasoning behind the decision, the impact of the text on the population was entirely unexpected. Everywhere people from all classes and groups – students, professors, trade unionists, priests, workers, intellectuals… every one began to draw a clear and sophisticated distinction that was very unsettling to the authorities. 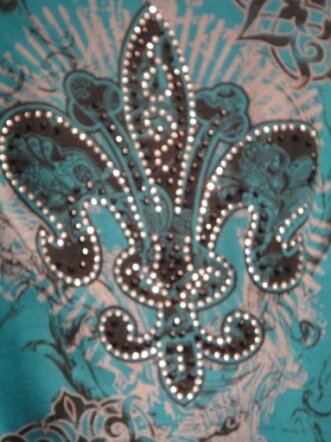 People liked the FLQ’s analysis and its message, even if people disliked the terrorist tactics. The general reaction was: I like what they say, but I don’t approve what they do. There followed an intense media discussion and debates.

Discussions were held on street corners, in taverns, in classrooms where many teens openly expressed their admiration. It appeared than the decision to broadcast and publish the Manifesto only made the climate of opinion increasingly favourable to the FLQ. Then the FLQ cancelled its execution deadline, and kept cancelling and reissuing new deadlines, while demanding negotiations. People saw that the FLQ were not really serious about the threat to kill James Cross, thus, the guerrilla gained more sympathy.

But on the sixth day, 10 October 1970, Quebec Justice Minister Choquette issues a joint declaration on behalf of the governments of Ottawa and Quebec declaring the there would be no deals and no further concessions on the seven demands. Later the same day the FLQ kidnaps Labour Minister Pierre Laporte. This further escalation of the confrontation is a stunning blow. It was one thing to kidnap a foreign diplomat, a symbol of the Great Britain…

It was a much more serious matter to attack the state and abduct on of cabinet minister. The stakes were immediately higher.