In 1760, the City of Montreal was discouraged, perturbed, and defensively watchful. The city of 31 streets and 700 or 800 houses, it was confined in the old stone walls. For a long time Montreal had grown inside these fortifications, the demolition of which would start only in 1804 to be finished in 1822.

The four suburbs, Sainte Anne, Saint Joseph, Saint Laurent, and Quebec, situated next to the town’s gates, were waiting to be absorbed. Everywhere else was countryside, forests, gardens, orchards, and farmhouses. One of the officers under General Amherst, commander of the British army that besieged and occupied Montreal, described his first impressions: “… It’s a long and narrow assembly of one or two-story houses made of wood or sometimes of stone, dominated by the towers of the Seminary and churches, the walls of four monasteries and the trees of adjacent gardens…”

Inside the walls, there was nothing to inspire admiration. Hardly half a dozen of buildings were worth of a visitor’ attention: Chateau Ramezay, residence of the city Governor, l’Hotel-Dieu (hospital), and churches. Also, on Notre-Dame Street one could notice some houses that could even be called elegant. Sloping roofs of the majority of houses were covered with white sheet metal to resist fires, the danger always present under the scorching summer sun. No sidewalks lined the streets. Snow drifted in winter, dust whirled in summer, and spring and fall rains turned the streets into marshes. Flies and mosquitoes forced pedestrians to keep their mouths shut.

By 1760, no monuments had yet been erected in Montreal. Arguably the first one in the city, a monument King George III of England was installed on the Place d'Armes between 1766 and 1776 as a symbol of the might of the British Empire. The monument had a short but tumultuous life. In the spring of 1775, British citizens, outraged with the new privileges granted to French Canadians, vandalized it. The following winter, during the American invasion of the city, it disappeared to be salvaged only in 1834 from a well on the Place d'Armes, where American soldiers had discarded it. Later, the Nelson Column was erected in the “New Market”, a busy quarter of Montreal that became Place Jacques-Cartier around the late 1840s.

The monument was set up in honor of the British admiral, Horatio Nelson, who prevailed over Napoleon in the naval Battle of Trafalgar in October 1805. In the winter of 1806, after Montrealers got news of both the victory and death of Admiral Nelson, a number of citizens of British origin helped finance the erection of the column. The Montreal dwellers had only a few places for recreation, Champ de Mars among them: a ravine at the bottom of which ran a small Saint-Martin River (taken over by a highway in today’s Montreal). On Sundays and holidays, the most adventurous Montrealers would go for a picnic at the foot of the Mont-Royal.

There, the troops of the garrison conducted regular drills attracting crowds with one of rare entertainments of that time. Since the port didn’t yet exist, boats and sailing ships dropped anchor off Montreal and then transferred passengers and goods, a delicate and disagreeable operation. Almost all trading houses lined Saint-Paul Street; calm today, it used to separate the upper city from the lower.

The business area of the city was an exclusive domain of the English merchants, who benefited from credits and financing and followed Amherst and Haldimand’s troops. Montreal continued to be the center of fur trade: every fall, dozens of young men from the city and suburbs would leave in canoes for Michillimakinac, Grand Portage, or Niagara to come back in May or June with rich loads of fur. In Montreal, English became the language of business.

French Canadians persisted in not speaking English, whereas the English began learning French. The Saint-Lawrence River remained the only way of communication with the outside world. In winter, when the river froze over, traveling by sled beyond the suburbs was out of the question because Quebec roads were not operational from October to the end of April. For the first years after New France fell, this was how people lived in Montreal. Life was not easy, but it was a time of expectation and hope. 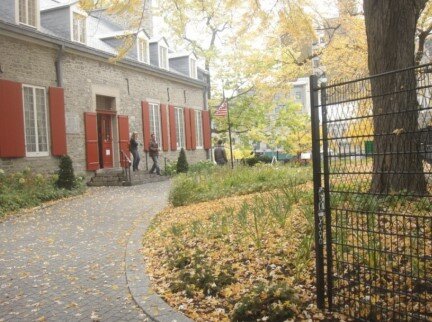 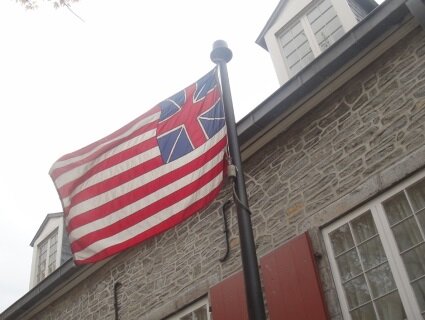