Canada and the war

Canada assumed responsibility for its land defence since 1868, but in the event of a serious emergency, however, it was understood that Britain would come to the young country’s aid. This arrangement was not strictly one-sided. In 1884 and 1885, nearly 400 Canadian volunteers, the Nile Voyageurs, arrived in the Sudan to aid the British in their evacuation of the country.

In 1899, Canada was asked to contribute to the United Kingdom’s struggle with the Orange Free State and the South African Republic in the Second Boer War. The business of the empire brought crisis to the government of Sir Wilfrid Laurier. The crisis split his Liberal Party along pro and anti-imperialist lines. A compromise was negotiated in which a force of approximately 7,400 Canadian volunteers was sent in aid of the British cause. Two hundred and twenty-four Canadians died there and 252 were wounded in the fighting.

On 4 August 1914, the United Kingdom entered the First World War. As Canada still held colonial status, it was automatically drawn in through the British declaration of war on Germany. However, while the Canadian government had had no say in entering the war, it was permitted to decide its level of involvement.

One of the first units to land in Europe was the 245 Battalion of Canadian Grenadier Guards, the country`s oldest militia unit with root going back to 1746, whose headquarters were at Esplanade Avenue in Montreal (a recruiting post was located at Windsor arcade, at 149 Peel Street).

Even before it began, the First World War was being called The Great War. As it dragged on, another description was given: The War to End All Wars.

With Canadian participation in the war, particularly in the battles of Ypres, Vimy Ridge, Paschendaele and Amiens, the country earned a greater place on the world stage. In 1914, Canada had had no say in the declaration of war on Germany, but it sent its own delegates to negotiate the Treaty of Versailles, in 1919.

The Great War is past; the war that tried through and through every quality and mystery of the human spirit; the war that closed, we hope for ever, the long, ghastly story of the arbitrament of men’s differences by force; the last clash and crash of earth`s millions is over now…  We live among the ruins and the echoes of Armageddon. Its shadow is receding slowly backward into history.

At this time the proper occupation of the living is, first, to honour our heroic dead; next, to repair the havoc, human and material, that surrounds us; and, lastly, to learn aright and apply with courage the lessons of the war. 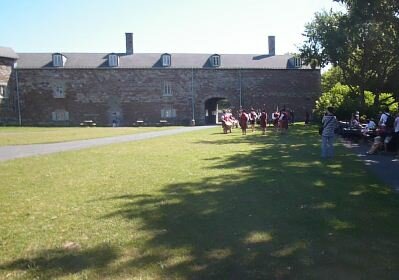