1856 Canadian Parliament moves back to Toronto

1858 Royal Canadian Regiment is founded in Quebec City to help the British Army to put down mutiny in the India.

1859 Riot at the St. Mathew's Anglican Church over church elections

1865 Canadian Parliament moves back to Toronto

1865 Gates of St. Jean of the city's wall are torn down. Other gates follow.

1866 As Fenians attempt to invade the province of Quebec, its capital is under martial law for a few weeks

1871 The Uniform Currency Act establishes the Canadian currency as the only legal tender in Canada. British coins are no longer accepted, except for the gold sovereign, whose value is set at 5$.

1871 British garrison leaves the city. About 3,000 people among the military and their families leave the province. 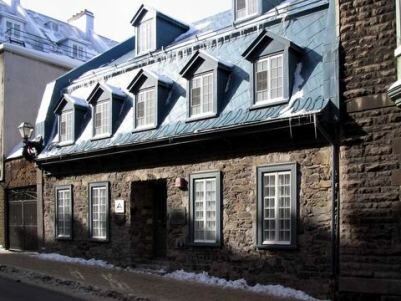 Something new under the Sun :  On Monday, September 28, 1896, the inaugural edition of Le Soleil (The Sun) came off the press. The new daily newspaper replaced L’Électeur, taking over the same offices, at 111 côte de la Montagne. In 1914, the paper bought a printing press able to print 30 000 copies an hour. At that time, the paper employed about 100 people, working around the clock. The press began operations around noon, the vibrations it created could be felt throughout that area of côte de la Montagne. The front page was posted in the window one hour later, to the delight of the impatient reader waiting at the door to buy their paper. Le Soleil moved to rue Saint-Vallier in 1928.