1943 Public schooling in Quebec is compulsory to age 14

1964 Queen Elizabeth II visits Quebec City. The visit is remembered as Nightstick Saturday because of police brutality towards protestors

1968 Gendron Commission on language. Commissioners booed and attacked by students at CEGEP of Sainte Foy

1969 1,239 buildings demolished, including the old Irish District, for Parliamentary Complex 1969 Bill 63 approved. More than 30, 000 protest in front of Parliament against language choice in education

1980 In Quebec City 48% vote for sovereignty in referendum. 59% of Quebecers say No in the province of Quebec 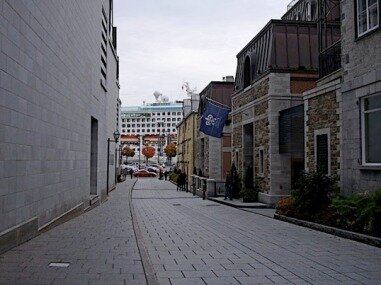