The falls are at the mouth of the Montmorency River where it drops over the cliff into the Saint Lawrence River, across the western end of the Ile d'Orleans. In 1613, Samuel de Champlain named the falls in honour of Henri II, duc de Montmorency, who served as viceroy of New France from 1620 until 1625.

There are staircases that allow visitors to view the falls from several different perspectives. A suspension bridge over the crest of falls provides access to both sides of the park and open a spectacular view. There is also a cable car, gondola, to transport passengers from the base to the top of the falls. In summer, the park hosts an international fireworks competition with the falls as a backdrop. 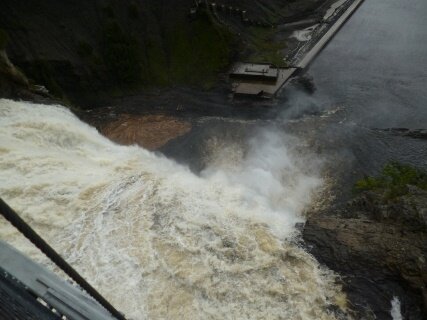 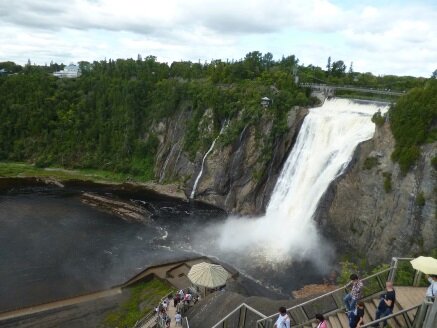