The Duke of Kent's House

The original house on the plot of land in front of this house was occupied by the governor of New France, who resided here in 1648. It was here in 1759 that De Ramezay signed the capitulation of Quebec before the British general James Murray.

Prince Edward, Duke of Kent, later to be father to Queen Victoria, resided here from 1791 to 1794 with French baroness Mme de Saint-Laurent. During that time the sturcture of the house was vastly altered.

The historic house was also a residence of Bishop Jacob Mountain, first Anglican bishop of Quebec. 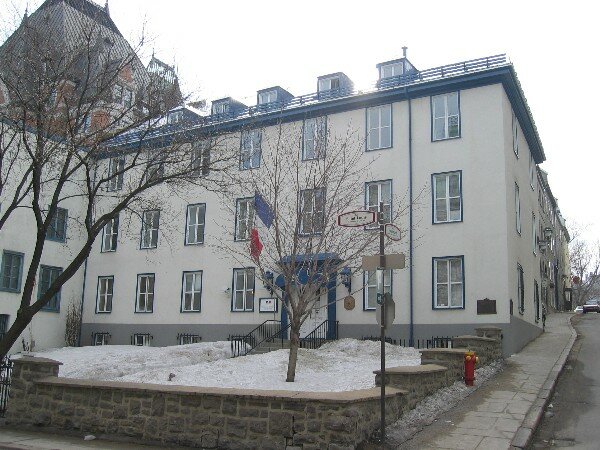 Today it is the French consulate general Photo: © www.memoirenf.cieq.ulaval.ca

Address of the Duke of Kent's House: