This patrimonial house was built by a famous citizen of Quebec James Thompson.

James Thompson was born in Scotland. He fought at the Battle of Plains of Abraham in September, 1759 as an officer of the Frazer Highlander Regiment of the British forces.

During the American invasion of 1775, he fought on the barricades against the Americans of General Montgomery who intended to take Quebec City by assault. Later he was put in charge of Quebec's fortifications. He died in 1830 and he was thus the last surviving soldier who had fought that day at that battle which had decided the future of Canada. Thompson was also a prolific writer. The house was beautifully kept for more than two centuries.

It's now a lovely Bed and Breakfast in th heart of old Québec City. On occasion local Scouts still use it for their ceremonies. 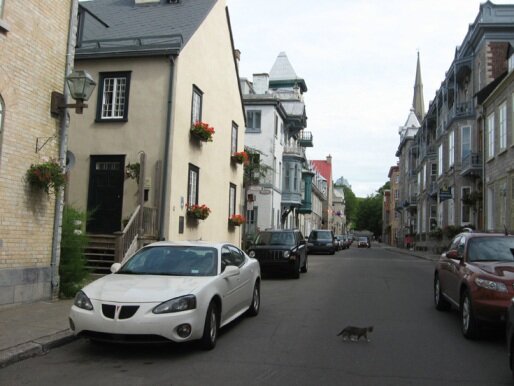