The Bonsecours Market (Marche Bonsecours), located at the heart of Old Montreal, is recognized as one of the ten most beautiful heritage buildings in Canada. It houses about fifteen trendy boutiques featuring original works of Quebec’s top artists, craftspeople and fashion designers. Tourists admire and can buy at accessible prices crafts, fashions, accessories, jewellery, design items, furniture, paintings and other creations. There are exhibitions of photography, arts, crafts and other items, with free admission.

The Bonsecours Market is home to Headquarters of the Counsel of professions in art of Quebec and the Institute of Design Montreal. Its three cozy restaurants and their terraces, open during warm weather, offer local fare and guests can share a meal in the 17th-century ambience of the Cabaret du Roy. Historically, the site where the Bonsecours Market would eventually be built was at the centre of the social and cultural activities of Montreal.

For twenty years, the site played host to the Theatre Royal where the famous writer Charles Dickens staged a production. After Tory rioters burned down the Sainte-Anne Market Parliament Building on April 25, 1849 (near the present-day Place Royale), the Bonsecours Market accommodated the Parliament from April 26 to May 7, 1849.

Later, the Bonsecours Market also housed Montreal City Hall for more than twenty-five years. In 1852, the Municipal Council sat for the first time in a building. It left in 1878 to move into a brand new City Hall on the site of the present-day City Hall, located near-by on Notre-Dame Street.

Address of the Bonsecours Market: 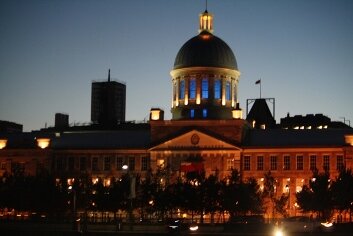 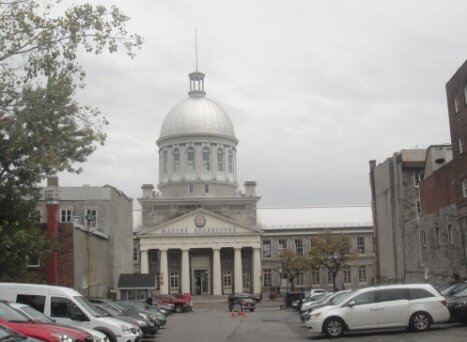 Bonsecours Market : Begun en 1844 by architect William Footner, this imposing building of Neoclassical design reflects the rise of Montreal to metropolitan status. Completed by George Browne in 1860, it served as city hall between 1852 et 1878. For over a century, it accommodated the main municipal and regional market and, briefly, the parliament of the United Canadas in 1849. Photo : © ProvinceQuebec.com 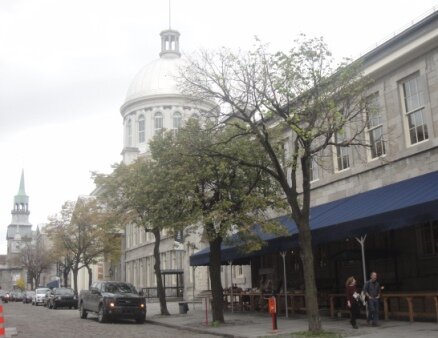 Bonsecours Market : Throughout the years, the east wing housed a concert hall and meeting rooms, and was used for various military purposes. Renovated in 1964, the Bonsecours Market regained its function as a public space in 1996. Photo : © ProvinceQuebec.com