After its extension west from Aylmer Street to Cote-des-Neiges in the 1840s, Sherbrooke Street grew into an elegant tree-lined avenue of public buildings and private residences built by many of the central figures in Canada’s industrial and financial development. It  bisected the splendid area from the escarpment above Saint Antoine Street to the slopes of Mount Royal that became known as the Square Mile.

Time, demolition and new constructions have changed Sherbrooke Street considerably, but the buildings which have survived bear eloquent testimony to its glorious past. A walking tour along Sherbrooke Street would celebrate this remarkable legacy…

The Mount Royal Club was designed by Standford White of the renowned New York firm, McKim, Mead & White. It was erected in 1906 on the site of the Club’s first premises, the former home of Sir John Abbott, Canada’s third prime minister.

The name of the club refers to Mount Royal, the city’s mountain park, but it is also attributed to the title bestowed upon its first honorary chariman, Donald Alexander Smith, first Baron Strathcona and Mount Royal.

In 1975, the Government of Quebec classified the Mount Royal Club as an historic monument.

Address of the Mount Royal Club: 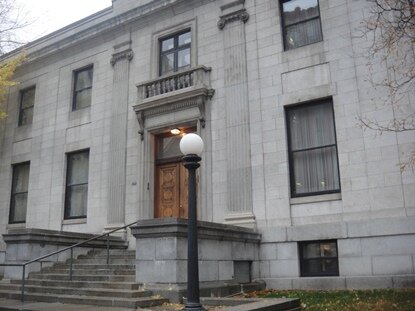