Old Montreal, the oldest area in the city of Montreal, and a major attraction for tourists, charms visitors with its romantic traditions and variety of architectural styles.

There are many historical buildings in Old Montreal still in their original form: Notre-Dame de Montréal Basilica, Bonsecours Market, ancient convents and hospitals, the famous Chateau Ramezay, the Old and the New City Halls, the impressive 19th-century headquarters of several major Canadian banks on St. James Street (rue Saint-Jacques), Place Jacques-Cartier, the Sir George-Etienne Cartier Historic Site, as well as a number of residential houses dating back to 18th century and many other original and attractive buildings.

The riverside area adjacent to the downtown is known as the Old Port. Once a busy port, it is now a recreational and historical area. 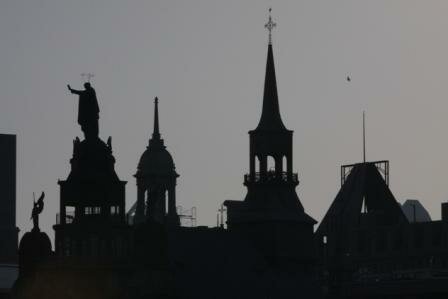 This little French settlement, initially baptized Ville-Marie, would become the most populated town in Canada in the 18th century.

In the early 19th century, Montreal took the spotlight as the political, social and commercial hub of both Upper and Lower Canada.

Saint-Paul Street was the first major commercial street of the city, followed by Saint-James Street (Saint-Jacques) Old Montreal is accessible from the downtown core via three Metro stations (Underground) : Champ-de-Mars, Place-d'Armes, and Square-Victoria metro stations. It is also served by several bus routes. Guests can take ferries to south shore city of Longueuil and a network of bicycle paths is available for bikers. 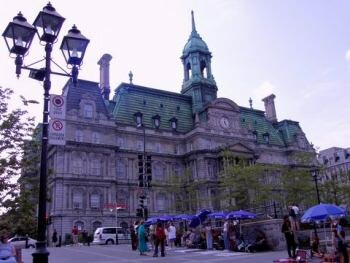 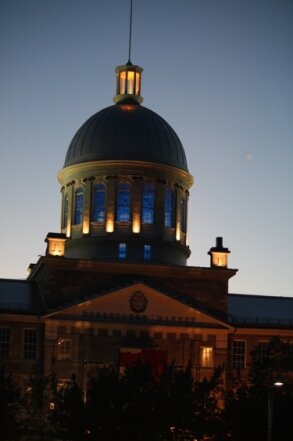 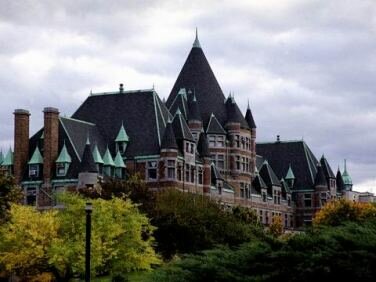 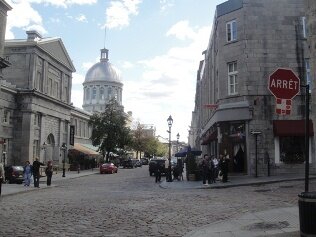 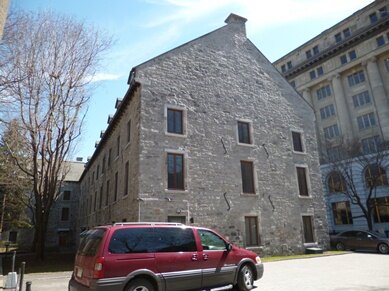 A journey back in time and a spiritual experience. Marguerite d’Youville resided in this house between 1747 and 1771. It was built by the Charon Brothers in 1693 and restored in 1980. The house currently serves as head office for the Congregation and the Eastern Region of the Sisters of Charity of Montreal, “Grey Nuns”, and as a residence. “In Her Footsteps”, a permanent exhibit opened in 2004, retells the story lived within these walls.  You can stand upon the very stone where Marguerite d’Youville served soup to the poor and you can walk the same corridors where Marguerite walked, bringing compassion to the elderly, sick and orphaned. Admire exhibits reflecting Montreal’s history and the ingenuity of the ancestors. Submerge yourself in the peace-filled room where Marguerite worked, prayed and died. You can pray and reflect here upon this first Canadian saint. You will discover anew the spirit of Marugerite D’Youville and the love of the poor which inspired her. Photo: © ProvinceQuebec.com 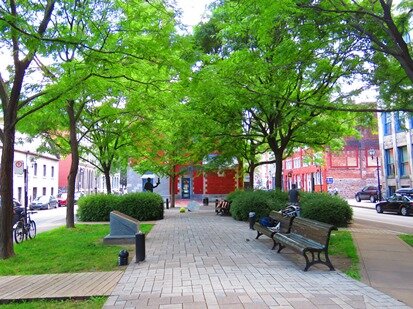 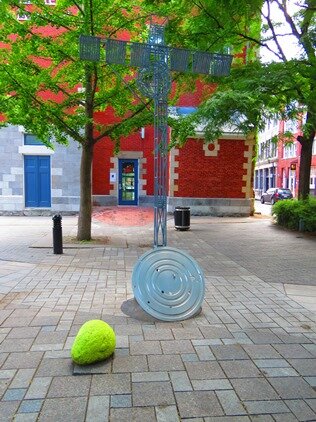 Place d'Youville, installation dedicated to Kondiaronk and De Calliere. Kondiaronk, Grand Chief of the Wyandosts of Michilimakinac, played a determining role in the negotiations of the Great Peace due to both his influence with the other First Nations chiefs and the respect that he had among the French. His speech of August 1, 1701, was a decisive factor in sealing the peace. Louis-Hector de Callière, an able military strategist and governor of Montréal, distinguished himself in the defence of the city. In that office and later as governor general of New Rance, he displayed outstanding diplomatic skills in the negotiations with the First Nations which led to the signing of the treaty. (Commission des Lieux et monuments historiques du Canada, Gouvernement du Canada. Historic Sites and Monuments Board of Canada, Government of Canada. Photograph by Megan Jorgensen