Nuns’ Island is located southwest of the Island of Montreal, from which it is separated by a narrow channel. This 3.74 km² island is part of the Hochelaga Archipelago in the St. Lawrence River.

Nuns' Island is part of the borough of Verdun, making up the neighbourhood of L'Île-des-Sœurs.

The island is composed of residential apartments, condos and flats. Essential services are clustered in malls around Place du Commerce near the Champlain Bridge, with civic services including a community centre and church around Place Elgar, located in the central part of the island.

Although the Nuns’ Island is just a few miles from downtown Montreal, it remains free of heavy traffic and noise of the city.

The territory is known for its parks and scenery including parks and a long pedestrian and bicycle trail which overlooks the Saint Lawrence River.

By now, there is only one school on the island, École Île-des-Sœurs primary school; consultations are under way to construct a second grade school near Parc de la Fontaine. 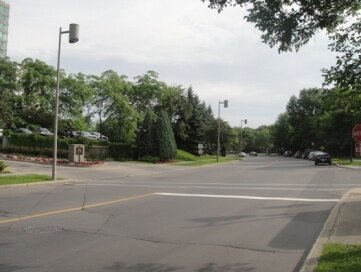 Berlioz Street. Originally called Saint-Paul Island in honour of the founder of Montreal, Paul Chomedey, sieur de Maisonneuve, the land was acquired by 1634 by Jean de Lauzon, future governor of New France and included in the seigneurie of La Citière on the south shore of the St. Lawrence. In 1664 M. de Lauzon ceded the island in three equal parts to three citizens of Ville-Marie (Montreal): Jacques Le Ber, sieur de Saint-Paul et Senneville; Claude Robutel de Saint-André, sieur de La Noue; and Jean de la Vigne, who transferred his portion to Jacques Le Ber's sister Marie in 1668 (but she sold her share to her brother, leaving the island divided between the seigneuries of Saint-Paul and La Noue). Photo : © ProvinceQuebec 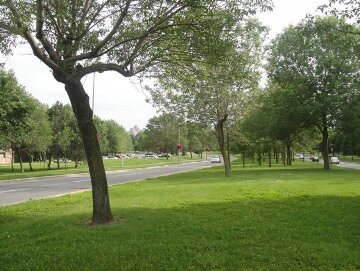 Ile-des-Soeurs Boulevard. The nuns of the Congrégation de Notre-Dame acquired the property of M. de La Noue in 1706. Following the British conquest, the other seigneurie was auctioned; the nuns purchased it too in 1769, becoming the sole owners of the island. Their ownership would give the island its unofficial name Nuns’ Island, attested since the early 19th century. Photo : © ProvinceQuebec 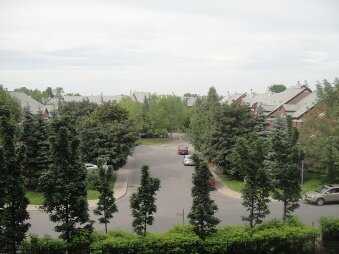 Northern sector of the island. The nuns farmed their real estate, built houses and agricultural buildings, and later hired women to help with raising livestock.The island was erected in a municipality of Île-Saint-Paul in 1899. Photo : © ProvinceQuebec 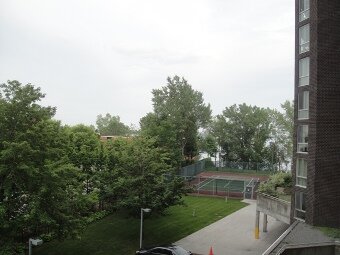 The nuns continued farming until 1956 and then sold the land to the Quebec Home and Mortgage Co. Ltd. In the same year, the Quebec provincial government merged the territory with Verdun. By that time the name Saint-Paul had fallen out of use, and the name île des Sœurs or Nuns’ Island in English was officialized. Photo © ProvinceQuebec 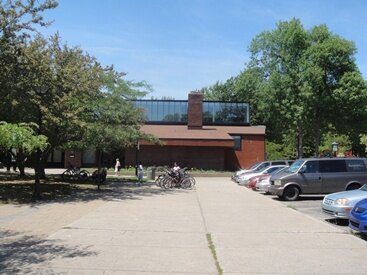 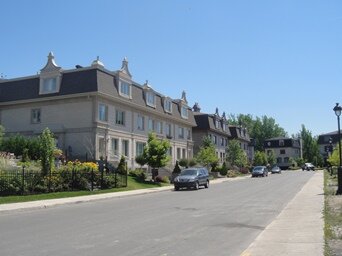 Symphonia Île-des-Soeurs, at 3 André-Prévost Street. Symphonia condominiums emerge from Nuns’ Island’s southern tip. Blending into a paradise of water and greenery, the complex provides its residents with a breathtaking view of the St. Lawrence River, the golf course and glittering Montréal skyline. Photo : © ProvinceQuebec 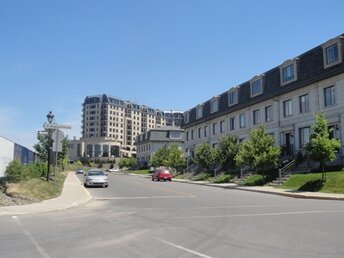 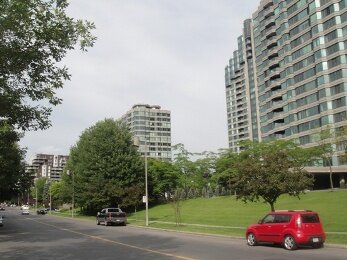 Nestled in the St. Lawrence River off the Island of Montreal, Nuns’ Island saw its humble beginnings as an agricultural farmstead and the home of a religious order. Extensive development began in the 1960’s and has resulted in the creation of a model community, home to thosands of residents. Photo : © ProvinceQuebec 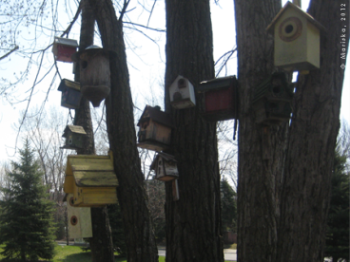 About 120 species of birds nestle on Nuns' Island. Photo : © Mariska 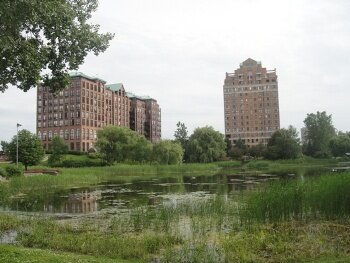 Biarritz and Grande-Allée Lofts. In spite of accelerated construction of apartment units, townhouses, single family homes and corporate/commercial facilities, Nuns’ Island makes you feel as if you are transported in time and place to an enchanting country hideaway, but it is, in fact, only minutes from bustling Montreal, off the Champlain Bridge and the Trans-Canada Highway. Photo : © ProvinceQuebec 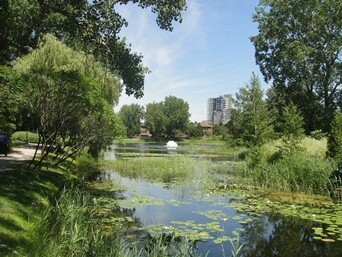 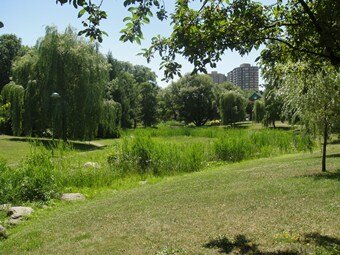 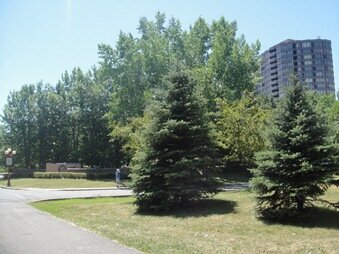 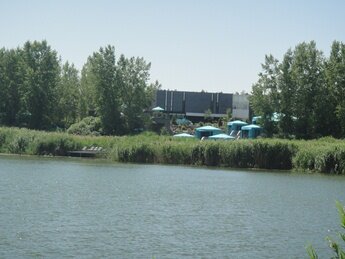 The lake des Battures. The lake was actually created by accident as parts of the river known as "water lots" became landlocked during landfill operations during the excavation of Montreal's underground Metro system in the mid-1960's. Photo : © ProvinceQuebec 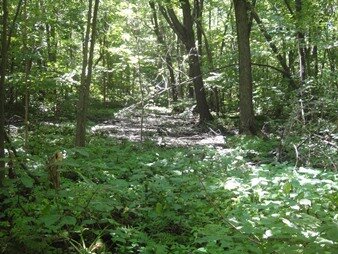 St. Paul Domain. That part of the Island was subject to annual floods caused by spring runoff. The resulting dykes and fill allowed an additional few million square feet to be used for developement as well as a golf course. Photo : © ProvinceQuebec