The Rialto Theatre is one of the most remarkable buildings of Montreal.

Its elegant proportions and details are a delight to behold. It’s a former movie palace located on Park Avenue, Montreal, recognized as a National Historic Site of Canada, since 1995.

Designed by Montreal architect Joseph-Raoul Gariépy, who specialized in theatre and hospital projects, the Rialto was constructed in the 1920ies. Its architecture was inspired by Neo-baroque-style Paris Opera House.

The interior was designed by Emmanuel Briffa, designer of over sixty Canadian movie houses, in the Louis XVI style. In 1990, the Rialto ceased operation as a cinema, all the theatre seats were removed and attempts were made to convert it into a bar or a steakhouse.

In 2010, Rialto Theatre Productions Inc (Group Merveilles Inc.) purchased this heritage property with the full knowledge that the enterprise was acting as custodians of The Rialto Theatre for the community at large and that it had a responsibility to restore and protect its unique architecture, thus Rialto Theatre Productions Inc declares that it intends to reanimate and revitalize the site and it sees The Rialto as a center for the performing arts: open and inclusive, multilingual and multicultural, grounded in the present yet not afraid to wink at the past.

The theatre will give a platform to the emerging artists of the Montreal area (with a specific focus on Mile End), as well as Québec. 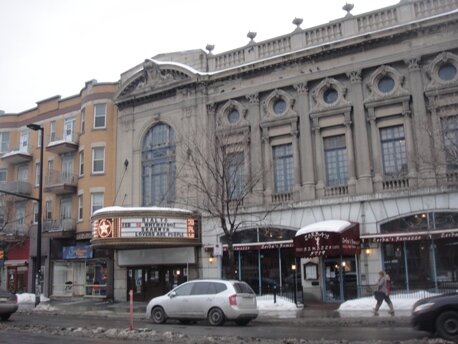