Living in North America, one often hears that shopping is therapeutic and a lovely national sport, on top of being beneficial to the economy as a whole. As embodied by Carry Bradshaw (the character played by Sarah Jessica Parker in the Sex and the City franchise), acquiring new items is glamorous, a great activity to bond over with best friends and simply a significant ingredient to a happy, fulfilling and well balanced life.

Happily, downtown Montreal has several shopping malls to offer. The now defunct Eaton store has been transformed into Ailes de la Mode, while the center remains and has many boutiques. Montreal Trust, Promenades de la Cathedrale, Ailes de la Mode, Place Ville-Marie and Eaton Center are all interlinked by an intricate system of underground tunnels. In fact, in addition to coming in handy in -40 degrees Celsius (same in Fahrenheit) winters, the net has led Montreal to be nicknamed by some ‘the city below the ground’.

Further to the West, there are the mini mall Le Faubourg Ste-Catherine (which in 2011 was still undergoing serious renovations) and Place Alexis Nihon. Interestingly, the melting pot of downtown malls has the Scotia Bank Cinema (previously Paramount Theatre), while Alexis Nihon faces the AMC Forum 22. These two cinemas play different movies, so if there is nothing appealing at one, there is always another option fairly close by.

Professional marketers know that a firm targets particular segments of the population for its products. For example, some consider that high scale shopping malls are designed with high-income professionals in mind. Perhaps the rationale explains the differences between the shops available to Montrealers as well as tourists. Thus, on the more pricier but also higher in prestige side, there are Ogilvy and Holt Renfrew. The centers carry haut de gamme brands such as Louis Vutton, Emporio Armani, Versace, Cartier, Dolce & Gabbana, Prada, Michael Kors, Dior, Marc Jacobs, Donna Karan and others. For refined jewelry and watches, Birks on Ste-Catherine and Chateau d’Ivoire on de la Montagne cater to exclusive clientele. 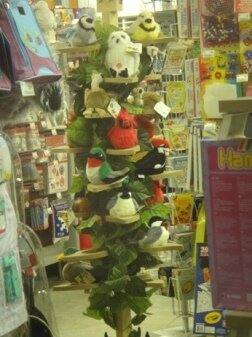 A much cheaper variant is the Plaza St-Hubert, located on St-Hubert Street nearby the Jean-Talon intersection. While one may find it difficult to satisfy haute couture urges there, the several blocks of stores harbor fashionable items at affordable prices. In the middle range, Guess and Marciano (along with Guess by Marciano) are very popular.

So is the more wallet friendly but very stylish and in demand clothing shop Le Chateau. The brand is so revered that while visiting Vancouver in 2005, a friend of the author was told by many a British Columbia dweller: “Montreal? Wow! You guys are all so well dressed… Of course, you have Le Chateau!” 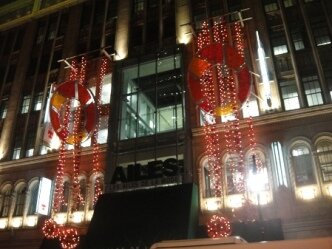 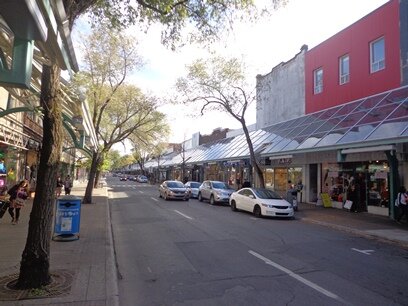