Located in Montreal’s Jean-Drapeau Park the Snow Village, as its name suggests, is not just an ice hotel. In fact, taking it a step further than Quebec City's ice hotel, the Montreal Snow Village recreates an European concept featuring not only an ice hotel with an ice bar. The village includes a restaurant accommodating up to sixty guests, a bar with terrace, a conference and convention center to hold corporate events and meetings, an Ice chapel where couples will have the chance to get married in a romantic setting, a panoramic igloo and a few replica of historic buildings. All is made out of ice.

The ice hotel offers guests the unique opportunity to experience what it's like to spend the night surrounded by ice and snow in subzero weather, complete with cozy comfort.

Each year the Snow Village replicate another city from around the world entirely made out of snow and ice.

With its natural light during daytime, and its architectural light effects at night, visitors live a totally different and unique experience at all times.

The hotel, one of the most eccentric winter destinations, features three room formats: standard rooms, suites and polar igloo, which isn't a room per se but a freestanding shelter offering guests the opportunity to experience what it was like to live, or at least sleep like. In the case of the standard room, it's a sort of a happy medium: a bit roomier than the polar igloos and less elaborate than the prestige suites. As to the prestige suite is the hotel's largest and top of the line format featuring elaborate artwork and lighting schemes.

The Snow Village is only a three minute walk from the Jean-Drapeau metro station (subway or tube) and only two subway stops from the city's downtown core. 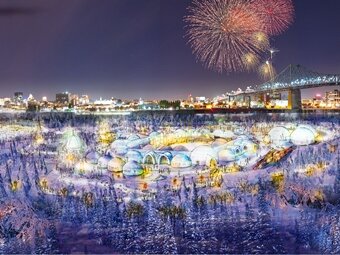 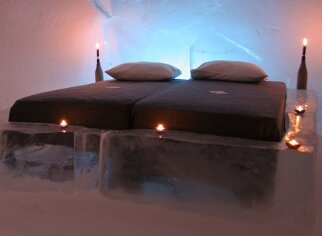 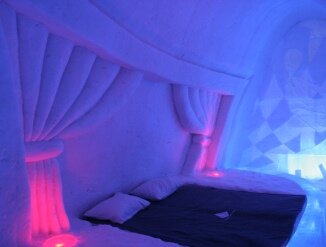 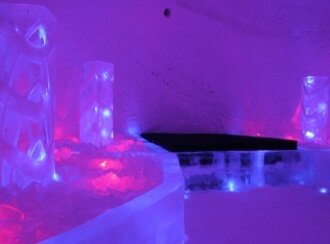 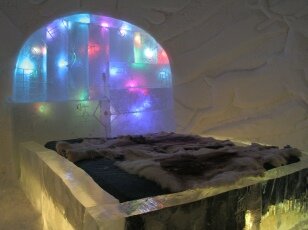 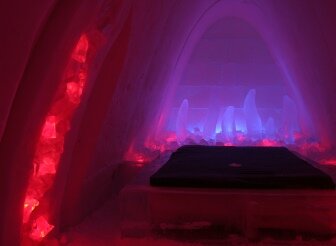 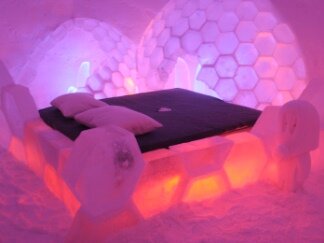 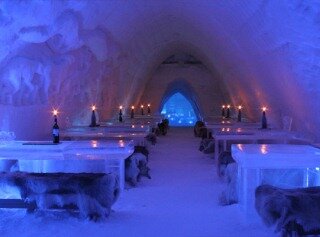 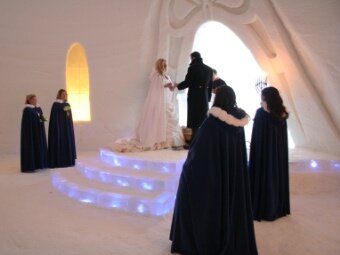 The Ice Chapel is worthy of the most perfect fairy tale. Imagine the scene and unforgettable pictures that your photographer will be able to capture in this fantastic setting. The chapel can accommodate up to 60 guests. The Snow Village offers different packages with various options for a unique wedding ceremony. Photo : © Snow Village