Some of interconnected complexes are located above ground. The Montreal’s Underground City is the largest underground complex in the world. The tunnels have conditioned air and many of them have shops on both sides of the passage. There are about 200 exterior access points to the Underground city.

Some of them are closed outside of business hours, but other remain open around the clock. A few tunnels are closed during concerts or games in Bell Arena. The Underground city is an important tourist attraction, but many Canadian cities have some kind of tunnel or skywalk system help people avoid the weather, such as the Path in downtown Toronto.

The Underground city was conceived by architect Vincent Ponte in the beginning of the 1960s, and the first link of the future structure with the construction of the Place Ville-Marie office tower and underground shopping mall in 1962.

Further expansion of the Underground City is planned, and construction plans have been established to link the complex to the new Computer Science and Visual Arts Complex. 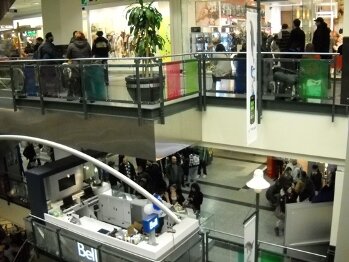 Eaton Gallery, part of the Underground City. The lower floors of the Eaton Centre give access to the McGill and Peel metro stations Photo: © provincequebec.com 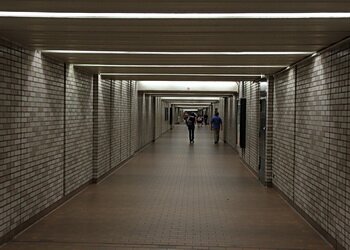 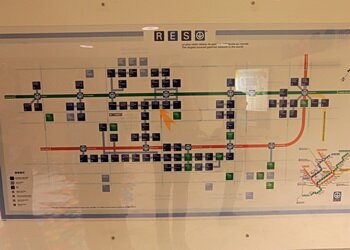 Montreal's Underground City (RÉSO or La Ville Souterraine in French) is the set of interconnected complexes (both above and below ground) in and around Downtown Montreal. It is also known as the indoor city (ville intérieure), and is one of the largest underground complexes in the world. Photo by © V. Petrvosky 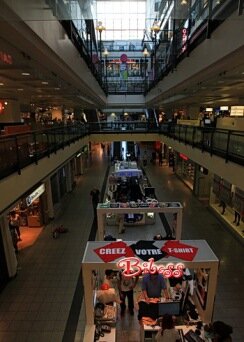 Eaton Galleries. Not all portions of the indoor city are underground. The connections are considered tunnels architecturally and technically, but are air conditioned and have lighting as good as any building's liveable space does. Many tunnels are large enough to have shops on both sides of the passage. Photo : © V. Petrvosky 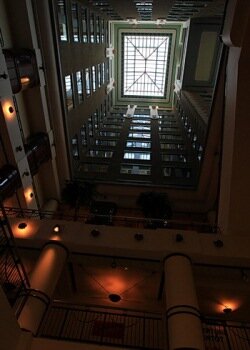 Les Cours Mont-Royal is an upscale shopping centre in Downtown Montreal, Quebec which was converted from the former Mount Royal Hotel. Since 1988, Les Cours Mont-Royal has provided exclusive boutiques offering designer brands and unique fashions and accessories for both men and women in a prestigious shopping environment. Photo : © V. Petrvosky 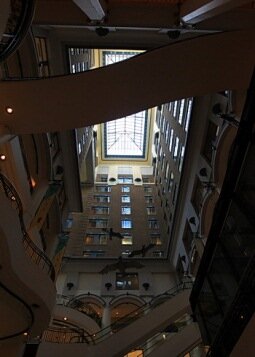 Under the main skylight of the Cours Mont-Royal there are six bird-human sculptures by the Inuit artist David Ruben Piqtoukun. Photo : © V. Petrvosky