On October 4, 1535, Jacques Cartier climbed the slopes of the mountain in the center of the island: a magnificent panorama opened from the summit. The view stretched more than thirty leagues and included the Laurentian Mountains, the Adirondacks, and the Green Mountains (Vermont).

Cartier also mentioned three fine conical mountains closer to where he stood. Apparently, these were St. Bruno, Beloeil, and Rougemont peaks. In his account of the second voyage to Canada, the French navigator simply stated than he had named the mountain Mount Royal and referred to it like that in his writing, though he never explained why he had chosen this name.

More than a hundred years later, in 1642, the Jesuit superior Father Bartholomew Vimont explained that Cartier had taken the name of Mont Royal from the magnificent sight opening from the beautiful mountain.

This remark was undoubtedly based on an oral tradition.

In fact, there is no shortage of hypotheses about the origin of the name. The French historian Eugene Guernier wrote that when Jacques Cartier had set out on his second voyage he had received an order from Francois I to give the name of Montreal to the first founded settlement. According to Guernier, the name of Montreal was chosen in honour of Cardinal Ippolito de Medici, the archbishop of Montreale in Sicily. The cardinal was a nephew of Pope Clement VII, who modified his predecessor Alexander VI’s bull on Spain and Portugal’s exclusive possession of all lands to be discovered to the west. 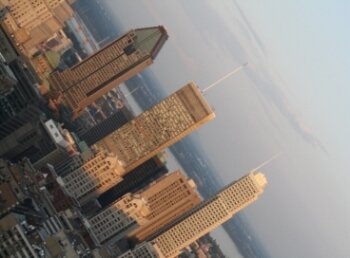 There are also other hypotheses. According to Robert Prevost, for five hundred years before Cartier climbed the slopes of Mount Royal, there had been at least twenty places called Montreal in France.

One of those Montreal, in the country of Perigord, was the castle of the Pontbriant family. Pierre de Pontbriant, born in the castle of Ambroise, was lord of this Montreal. His father was deputy governor to the young Count of Angouleme, the future Francois I, King of France. His son, Claude de Pontbriant, known as Claude de Montreal, was at Cartier’s side on Mount Royal. The navigator might have wanted to please his companion by giving the place a name that evoked both his family and his own name. 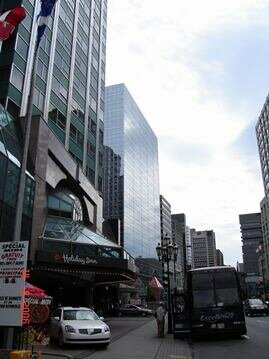