For long distance bus routes the only point of service is at 505, boulevard de Maisonneuve (Berri-Uquam Metro - Subway Station), to wherever in Canada and United States.

Amtrack and Via Rail trains arrive downtown at Central Station (Bonaventure Metro Station). Montreal is an eight hour car drive or so from New York City. It’s about six hours from Toront or Moston along major highways.

By air, flights land at and depart from PET airport, named after Pierre Eliotte Trudeau. The airport is known as Dorval airport at it’s about a half-hour drive from downtown Montreal.

There is a bus to downtown hotels. If you are not in a rush and don’t have much luggage, you can take a local bus number 204. This bus goes to the nearby Dorval train station (less than 5-minutes trip). From there, you take 211 Bus to Lionel-Groulx Metro Station. The trip takes about 20 minutes, but the bus is usually full.

Please take note than Mirabel International Airport does no longer exist, but many internet sources, as well as a few travel guides still announce it as the Montreal airport for flights from outside North America. In fact, Mirabel was closed at the end of the 1990ies. 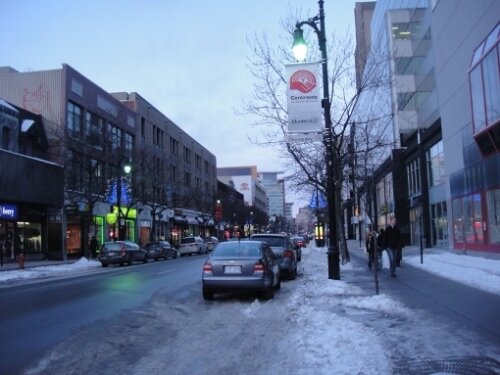