Biodome of Montreal offers tourists a unique opportunity to take up a one-hour expedition through the American continent.

This House of Life, an amazingly realistic reproduction of four different ecosystems under one common roof, reconstitutes the natural setting for more than 4800 animals, 230 fish, as well as 750 plant species.

Tourists start their tour in the lush, hot, and humid Tropical Rain Forest and then they stroll through the Laurentian Forest, meeting beavers, otters, and lynx in their habitat waiting to entertain the guests.

After the Laurentian Forest, you step in the St. Lawrence Marine Ecosystem with a basin of 2,5 million liters of salt water, home to a large variety of birds and underwater fauna. The expedition ends with a visit to the two Earth poles, a chance to admire penguins and auks at the same time adding a magnificent view to the exceptional adventure. Millions of delighted visitors from dozens of countries and may be even from other planets (who knows?) have already followed the pathway running through the Biodome.

Nature interpreters and friendly experts are always ready to answer your questions.

Every year, hundreds of young contestants (under the age of 21) take part in Expo-Sciences, a scientific competition held in Biodome and endorsed by schools. Besides, various regular and temporary exhibitions and other activities are held there.

Audio-guides, gift-shop, bistro, and cafeteria are available in the Biodome’s hall.

Note that the bats at the Biodome have their sleep/wake cycle reversed to keep them lively during visiting hours.

Address of Biodome of Montreal: 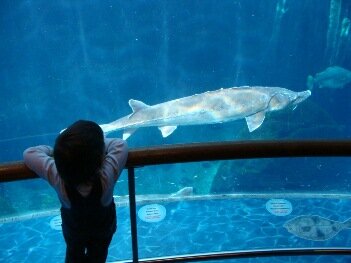 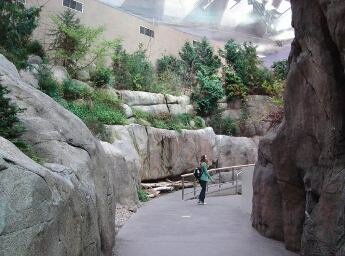 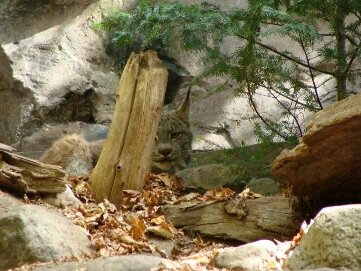 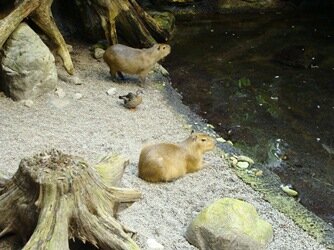 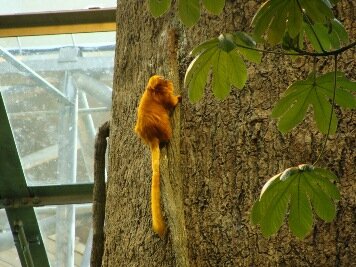 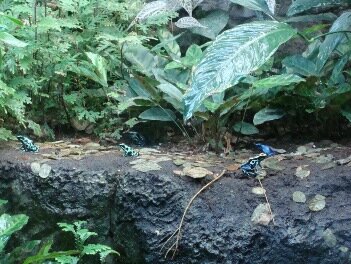 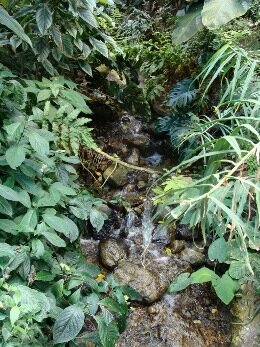 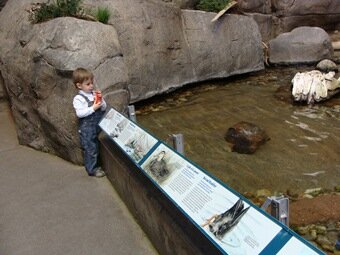 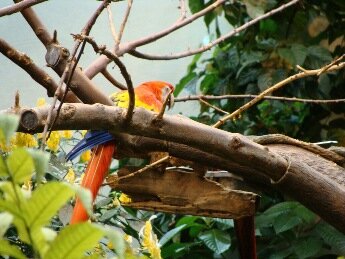 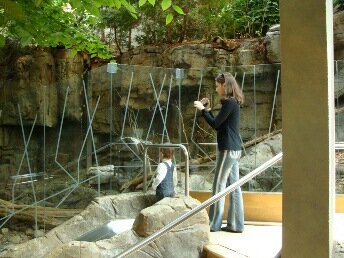 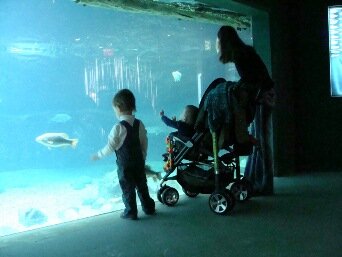 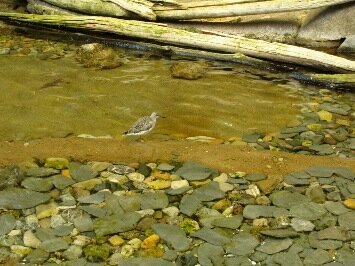 Short-billed dowitcher  (Limnodromus griseus), a common migratory bird : Length: 26.5 to 30.5 cm, weight : average for male: 111 g; average for female: 116. Life span : record: 13 years, 3 months. This medium-sized shorebird resembles a snipe, but has a very long bill. It can be identified most easily by its call. The male and female are similar in appearance. These birds are usually monogamous for one season and the pair stays very close while incubating the eggs. The nest is usually built in a shallow depression on the ground. Usually 4 eggs are laid per clutch, with both the male and female incubating them, for 21 days. The female often leaves the breeding area shortly after the eggs hatch. Photo : © Nicolas T. 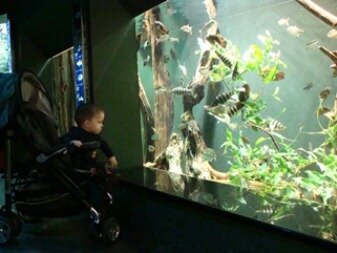 Banded leporinus (Leporinus fasciatus) – they are common species, exploited commercially for sale to aquarists.. Length in captivity: 15 to 20 cm; length in the wild: 25 to 30 cm or more. The conical head of the leporinus ends in a small mouth. It varies in colour, and young specimens have five black transversal lines on a yellow background, while adults have ten or more such lines on an orange background.  Although the species is omnivorous, these fish prefer to feed on plants. Their enemies are birds and other fish. Humans also damage the species by discharging toxic waste into waterways (mining and forestry industries) and by catching them for sale to aquarists. Ordinarily, they live in schools in fresh watercourses. They are found in shallow stagnant water, amongst dense vegetation and in small, slow-moving watercourses with sandy bottoms. They are found throughout South America, from the Orinoco River to the Plata basin. At the Biodôme, these fish live in the varzea basin as well as in the cichlid tank of the Tropical Rainforest of the Americas ecosystem. The water temperature must be kept between 24 and 26°C. In an aquarium, they should be fed worms, dry food, algae and tender greens, including lettuce and cooked spinach. Photo : © Nicolas T. 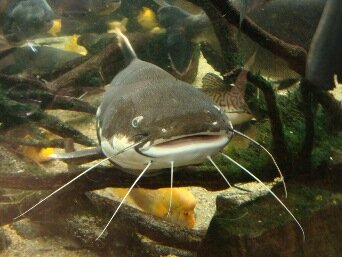 Catfish (Sciades seemanni), common species, commercially exploited for sale to aquarists, they have the length up to 90 cm. Catfish are one of the largest groups of freshwater fish. There are said to be more than 2,000 species, divided into 31 families in the Siluriformes order. This family may be identified by the fusion of the first 4 to 8 vertebra, the absence of scales on the body (bare skin) and the presence of strong spines on the dorsal and pectoral fins. These fish are mouth breeders and they are carnivorous. Their enemies are birds and other fish. Humans also damage the species by discharging toxic waste into waterways (mining and forestry industries) and by catching them for sale to aquarists. They live in brackish water, which they prefer to fresh water. They are found from the Gulf of Panama to Peru. The sea catfish live in groups of 3 or 4 individuals. The vision of some species of catfish has degenerated to the point that they are almost blind, because of their nocturnal habits or especially turbid habitat. This means that their barbels are very important sensory organs, helping these fish to detect the presence of their prey and other food. Tete sea catfish could be seen in the varzea basin of the Biodome. Photo : © Nicolas T. 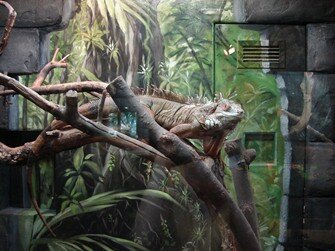