Montreal is doubtless a fun city. For instance, the much larger metropolilitain of Toronto harbors only one “after-hours” club, whereas smaller Montreal counts have ranged from 3 to 6 (Red Light in Laval, Sauna in downtown until it closed, Aria which is now fashionable club La Mouche, see Alex Barr on Facebook for guestlist, Stereo and Circus in the Gay Village, MP3, etc).

The gay scene also presents clubs Parking and Sky, or lesbian establishments Cocktail and Sisters. Cherry’s, by far the coolest club in town, used to be in the Old Port on St-Paul and has fallen prey to overpopulation and resigned. Rumor has it that it has reopened under a different name on St-Laurent… On St-Laurent, there are numerous places to visit… Med, Koko, Tokyo…

Restaurants, bars, lounges, the main has it all. Club Muzik is recommended. Unfortnately, what used to be Dome, and then Opera, has also ceased operations, but Tribe and Ora in the Old Port are sure to keep you entertained. On Crescent, there is Entourage, Club Seven and Club Ultra Light which has hip hop dancers’ shows on special occasions. The city is so vibrant that even on a Tuesday there are plenty of places to go. Whether it is with their ladies night Tuesday special, Café Campus on Prince-Arthur shooters, or Winston Churchill 2$ shooters, one is never out of options even on a week night, Suco Lounge private party reservations.

Shows in Montreal, whereas from visiting celebrities, burlesque, theater, or festivals. Some of the best restaurants in Montreal are Gibby’s, Da Emma, La Queue de Cheval, Primadonna, Cavalli, Buona Note, Troika, and Treehouse. Spanish flavor can be found in Salsatheque, Copacabbana, Enigma, 6/49, Cactus, and last but not least on Wednesdays’ Latin Night at Mumba in Laval.

By the way, the first circus to tour areas of Canada that were populated was Rickett’s of London, England (complete with wild animals and clowns). It gave its premiere performance at Quebec in 1798. 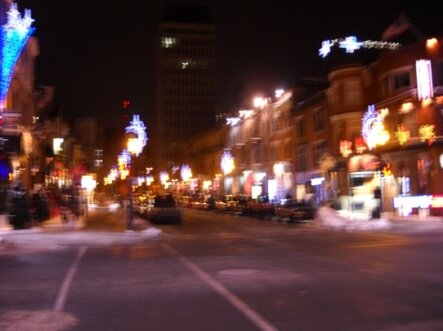