From prehistoric times to today, people have always felt the need to leave their mark. And so, from caves to public toilets and to the footprints of the Stars on Hollywood Boulevard there’s no escaping this urge. Reflection of a societal phenomenon.

Visual pollution for some, true works of art for others, tags and graffiti have covered the walls of the Montreal landscape since the 1990s. Despite the controversy surrounding the phenomenon, let’s try to understand this urban form of artistic expression denounced by some while hailed by others.

A bit of background: The graffiti phenomenon as we know it today seems to have made its first appearance in New York at the end of the 1960s or the beginning of the 1970s. In 1973, the New York Times published an article on a graffiti artist from Manhattan who called himself Taki 183. He was a courier who enjoyed leaving his mark wherever he delivered a parcel. Bit by bit, he caught on with the media and there we were at the birth of a phenomenon that soon became an integral part of the hip-hop movement.

The writing became a peaceful way of marking out territory and of expressing one’s adhesion to a group. At the same time, because it was a means of either denouncing or defending ideas that were socially unaccepted, this form of expression quickly spread through all major cities around the world.

And since the idea was to cover as large a surface as possible in every public space, graffiti artists quickly moved from chalk to markers and then to aerosol sprays.

Going up against a wall, a mature reflection

A walk through the streets of Montreal is a visit to an open-air museum. An underground activity, yes, and not always as pretty as we’d like it, the art still delivers a message and the graffiti on the walls saturated in colour that we look at more or less attentively as we pass by are calling out to us.

An open guided visit: As many subjects as there are evocative messages decorate Montral walls as proof of the cosmopolitan nature of the city. Accusatory and sometimes very explicit symbols of what is happening in the buildings, graffiti cover literally the whole urban greyness with their colour. Accompanied by lively and knowledgeable guides, adventurers, art lovers and the merely curious can admire the large-scale work of graffiti artists on visits, as well as learn more about the hip-hop movement. For more information, visit the Café-Graffiti Web Site: cafegraffiti.net 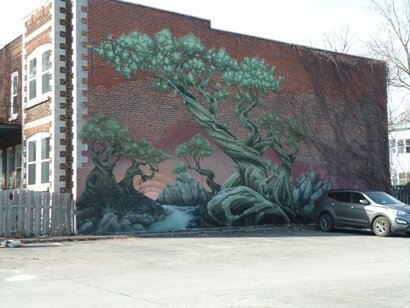 Belgrave and De Maisonneuve corner. Since the municipal authorities do not tolerate any kind of graffiti, owners of buildings are constantly involved in cleaning bees whose costs are staggering. Some of them, then, prefer to pay for the painting of grandiose frescoes rather than face a constant succession of new tags of every kind. Photo : © ProvinceQuebec.com 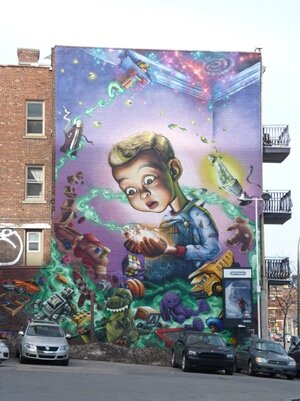 For the tacit rule of graffiti artists stipulates that you can’t paint over someone else’s graffiti unless you are a more famous artist who can paint a work of greater quality. Photo : © ProvinceQuebec.com 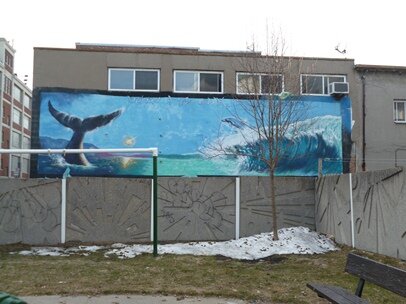 Lacasse et St. Antoine Corner (4445 St. Antoine, in face of the RCA Center). The Hip-hop movement has grown so much that it would be very difficult now to say how many taggers and graffiti artists are carrying on this “free art” in the streets of the metropolis of Quebec. Photo : © ProvinceQuebec.com 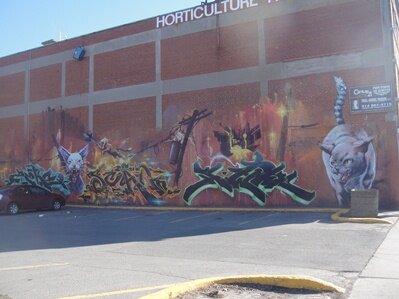 Ontario and Delorimier corner. The need to express themselves, to be seen, to be recognized? One thing alone seems to unite these anonymous artists: emotion. Photo : © ProvinceQuebec.com 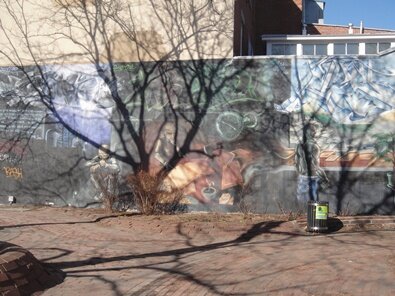 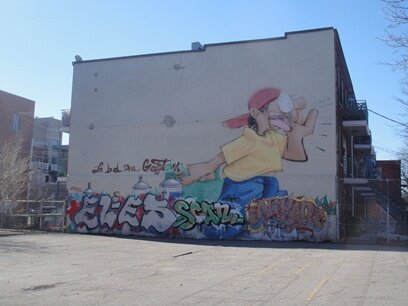 St. Dominique Street in Rosemont-La-Petite-Patrie district (in the Little Italy). There are as many styles as there are artists. Photo : © ProvinceQuebec.com 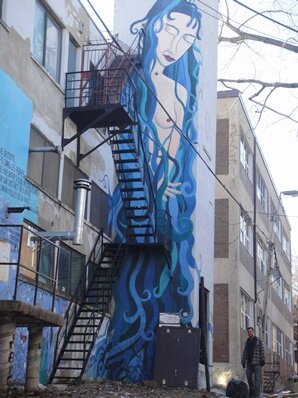 A woman on a wall at Lariviere and Harmony Streets Corner. Photo : © ProvinceQuebec.com 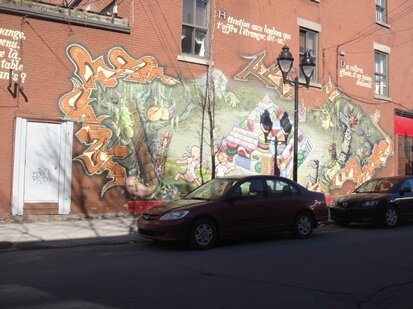 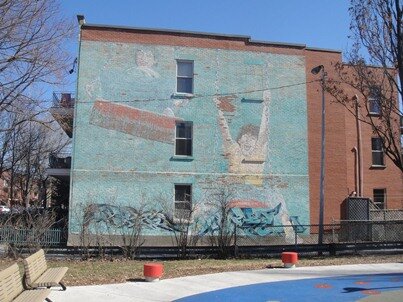 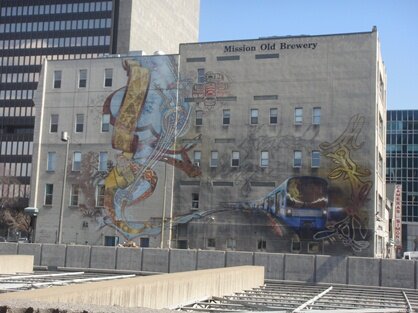 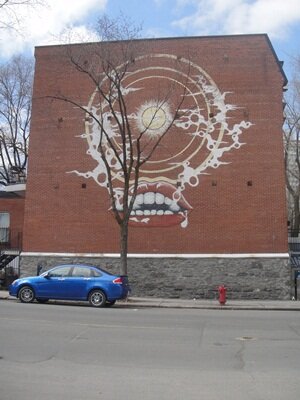 Graffity on a wall on President Kennedy Street. Photo : © ProvinceQuebec.com 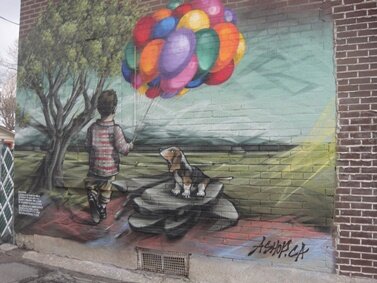 A boy and his dog. Graffity on Jarry Avenue. Photo : © ProvinceQuebec.com