In botanical terms, a perennial is a herbaceous or woody plant that lives for several years. In horticulture, the term “perennial” usually refers to a herbaceous plant that is hardy in the region where it is grown, for example, it is able to survive the winter because its underground organs go into dormancy each autumn and start growing again in spring.

The Perennial Garden is a mixture of styles: English, with its mixed borders-blooming in brilliant succession from spring through to the fall frosts, and French, with its symmetrical lines…

This mixture of styles is one of the beauties of a perennial garden: new plants are always flowering as others fade.

The Perennial Garden of Montreal botanical garden is home to a carefully arranged collection of close to 1,700 species and cultivars, most of them herbaceous perennial plants that are hardy in Quebec’s climate and almost all of them sun-loving. It also contains some biennials, non-hardy bulbs like dahlias and annuals that add height and colour all summer long.

Its beautiful pergolas, fountains and pond complement this classical garden.

Gardeners have long complained that despite perennials’ many attractions, they bloom too briefly. While it is true that most of them have a fairly short flowering period, it would be wrong to assume that all perennials bloom for only a week or two.

Various species and cultivars are available that can bloom for four to six weeks, some of them even up to three months. Some perennials will also flower longer if deadheaded regularly. In addition, hybridization has made it possible to create infertile plants that produce few if any seeds – this allows the plants to put more energy into blooming, for a longer period. Most of these perennials flower from mid-summer to fall. By choosing them carefully, gardeners can create borders that continue to evolve, with a succession of blooms over the season. 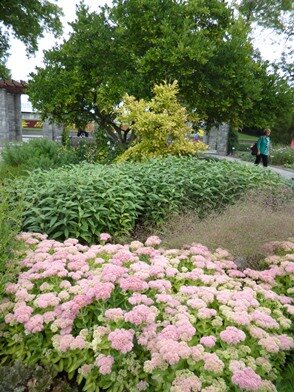 This mixture of styles is one of the beauties of a Perennial Garden of Montreal's botanical garden. Photo: © ProvinceQuebec.com 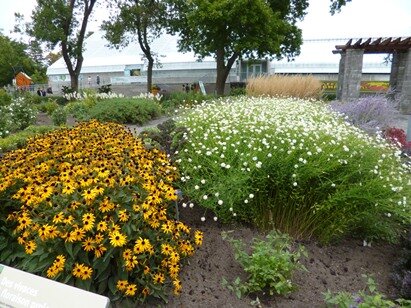 The garden is home to a carefully arranged collection of close to 1,700 species and cultivars, most of them herbaceous perennial plants that are hardy in Quebec’s climate and almost all of them sun-loving. Photo: © ProvinceQuebec.com 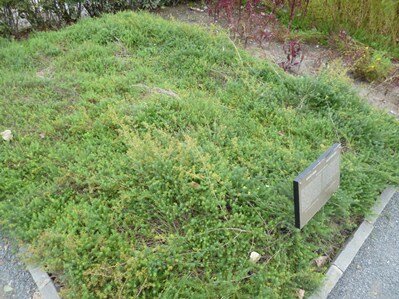 Yellow bedstraw (Galium verum L. (Rubiaceae). Aromatic perennial, formerly used as a medicinal and dyeing plant. The yellow flowers smell like honey and the leaves, containing coumarin, have the fragrance of fresh-mown hay. At one time used to stuff mattresses and pillows because they were said to induce sleep. The flowers produce a yellow dye and the roots yield red colouring. The latter was very popular in the countries of Northern Europe, notably to obtain red dyes for Scottish kilts and tartans and for Scandinavian rugs. Eurasian plant, naturalized in North America. Photo: ©ProvinceQuebec.com