Practically, the borough located between St. Nicolas Street and St. Dizier Street disappeared.  The first ordinance thus was published in order to prevent the spread of fire. This prescription of 1721 had a significant long-term impact on the urban environment (these regulations were revised and expanded in 1727). In fact, the ordinances of 1721 and 1727 constituted the first building code to protect the town against fire.

According to the document of 1721, all houses were to built of stone and have two storeys. Property owners were prohibited from building mansard roofs, which used more timber framing than simple pitched roofs. Owners were prohibited from covering the roof with cedar shingles, which were judges too flammable. Inhabitants had to sweep chimneys once a month and ladders had to be placed against façade and on the roof.

Attic floors had to be covered with a mixture of bricks and paving stones and mortar to prevent fire form spreading to the rest of the house.

However, the ordinance of 1721 authorized the construction of one-storey houses under some conditions. But this ordinance prohibited the use of wood on the façade, notably in door and window frames.

Despite regulations aimed at preventing fires from starting and spreading, fire completely destroyed entire areas during the winter times in several occasions. 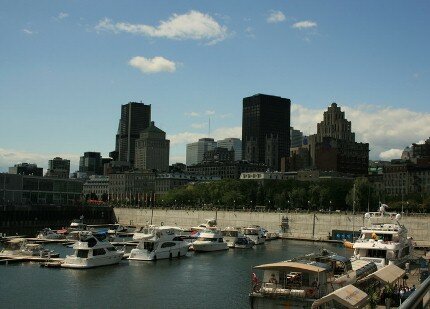