There was a Delisle village here which was incorporated under the name of Ste-Cunegonde in the late 19th Century, but it was still a charming countryside which became urbanized at the turning of the 20th Century with the arrival of factory workers and of employees working for the Canadian railway companies and the Steel Company of Canada (Stelco) plant, among others.

A social mixture has always been a characteristic of the community as workmen, craftsmen and professionals shared the same space. In this area, a majority of Francophones cohabited with a strong Irish minority and an important Anglophone black population that came from the United States, the East of Canada and the West Indies. They worked mostly for the railway companies and were known as Red Caps, because of their uniforms.

In the middle of the 20th Century, the Petite-Bourgogne, like its neighbours, suffered from the closing of many of its factories. Thousands of residents were forced out because thousands of residences were “bulldozered". Later the district has slowly been rebuilt - Habitations à Loyer Modique - HLM in the north (approximately 40% of its residents live in HLM), cottages in the center and condominiums along the Lachine Canal. Today this traditionally bilingual area is less and less francophone and more and more allophone.

Because of great artists like Oscar Peterson and Oliver Jones who were born and lived here, the district became one of the most important jazz societies of Canada including the ever so popular Festival International de Jazz de Montréal.

Little Burgundy borough is home to the North American arm of Ninja Tune records, many architecture and design offices, restaurants, as well a longstanding antiques row along Notre-Dame West, formally organized as the "Quartier des Antiquaires".

The community accommodates many immigrants with low incomes, but there is a growing surge of well-off residents along the banks of the Lachine Canal and the "urban restoration" continues to have decisive impacts on the life of the residents.

The Little Bugundy neighbourhood is served by the Georges-Vanier station and the Lionel-Groulx station on the Montreal Metro. 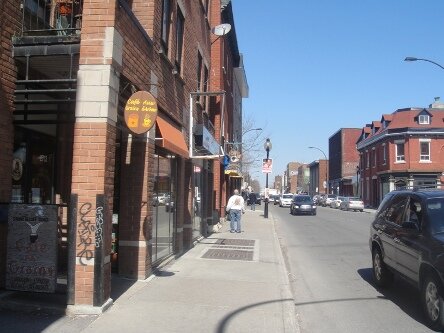 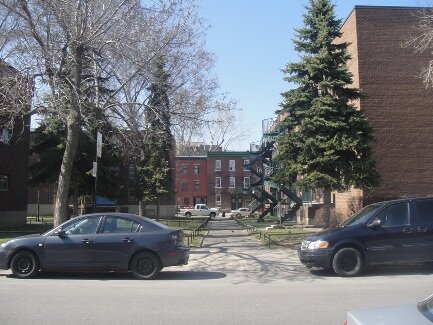