A Japanese garden is a special place, one whose harmony and peacefulness make it ideally suited to contemplation and meditation. The contemporary Japanese garden of Montreal, designed by Ken Manajuma, is inspired by the traditional art of Japanese landscaping. It opened on June 28, 1988.

Stone, water and plants combine to produce a pure, simple environment in which every element is imbued wits symbolism. Its sinuous lines create a pervading sense of harmony, offering many different vistas and the certainty of new discoveries. The attentive care that such a garden requires is simply a way of celebrating the beauty of nature, for which the Japanese have profound respect. 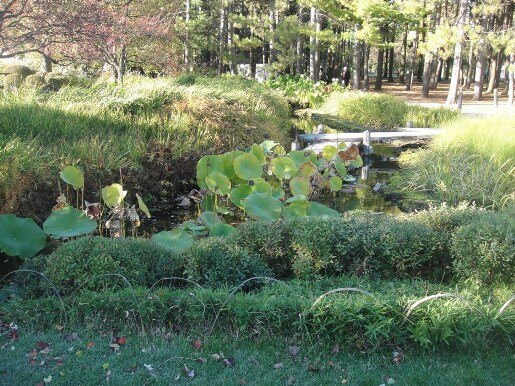 Horsetail is native to Quebec and lives in marshy environments. Here, in the Montreal Japanese Garden, it is grown as a substitute for bamboo, which is often featured in Japanese gardens, but is not hardy enough to withstand the harsh Montreal winters. The horsetail’s simple pure lines make it a clever stand-in for masses of bamboo, allowing the Garden to preserve its Oriental feeling. Horsetail is also frequently used in Japanese floral art, Ikebana.

Stone, symbolizing the stability and omnipresence of natural forces, is the most essential component of any Japanese garden. It anchors the landscape and recalls the rolling hills and the mountains of Japan itself. 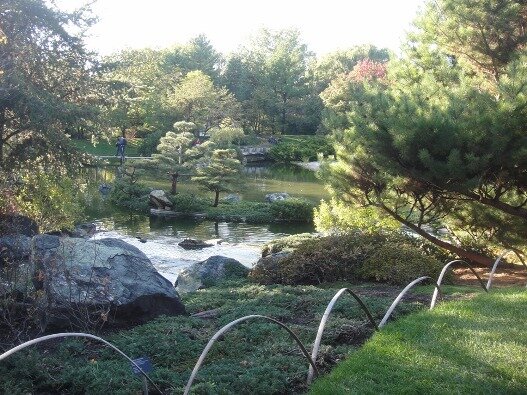 There are specific rules governing the arrangement of stones in a garden. They are generally grouped in odd numbers, and triangular motifs are quite popular.

Their very presence adds to the effects of perspective and depth. The stones are selected with care, and give the garden its whole personality. In the Montreal Japanese garden, serpentine from Thetford Mines was used. Each of the stones, its splendid green tones streaked with white and black, was chosen by Ken Nakajima, the garden’s architect and designer. In this Sansui-type garden (San for mountain and Sui for water), water is everywhere. A symbol of life itself, it also represents the passing of time, in constant motion as it spills from one level to another. 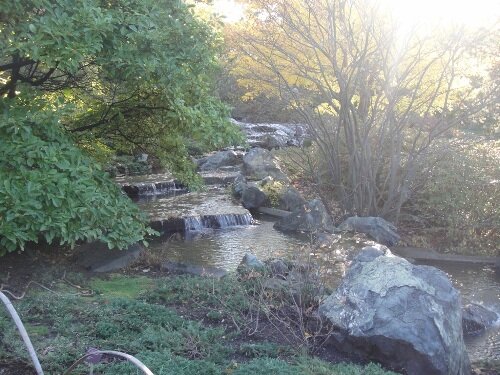 There are many manifestations of water in this garden, from a peaceful pond to a winding stream and rippling cascades. As the water is guided by stones along its natural path, it reinforces the feeling of harmony. The pond and the cascade are oriented so as to create subtle reflections from the sun, paying further tribute to the beauties of nature. Plants are the third basic element in a Japanese garden, after stone and water.

They serve to remind visitors of the cycle of the seasons. Spring, symbol of renewal, is celebrated by masses of flowering crabapples, service-berries and rhododendrons. Summer brings a more sober landscape, all dressed in shades of green. Flowers are used sparingly, so as not to distract visitors and disturb their meditation. Contrasts are obtained by juxtaposing different types of foliage and carefully pruning the plants. Mosses, ferns, trees and shrubs are arranged to create heights and depths suggestive of a miniature landscape. 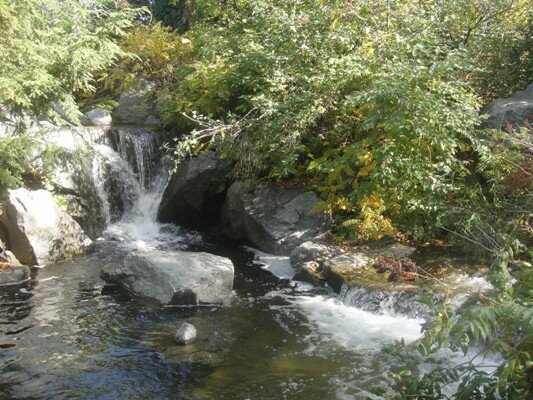 In fall the garden is ablaze with flamboyant colours. Winter highlights the elegant silhouettes of the bare trees, lovingly pruned al year long. The bark and fruit of some of the trees add subtle touches of colour to the peaceful garden resting under its blanket of snow. Under the foliage of tall trees, shade and semi-shade plants carpet the Shade Garden, whose winding paths invite visitors to linger in this quiet oasis.

The Shade Garden offers a chance to discover an amazing variety of plants adapted to these lighting conditions – over 2,500 species and cultvars are represented here. In the earl spring sunshine before the trees burst into leaf, the flowering plants in the Shade Garden put on a lovely show. In April and May, numerous cultivars of daffodils bloom in succession alongside various species ob bloodroots, jack-in-the-pulpits and trilliums native to Quebec. The garden is home to many different hardy ferns and perennials from other temperate regions around the world, each of them flourishing to varying degrees of shade. The largest collections are made up of hostas, epimediums, lungworts, ligularias and astilbes. 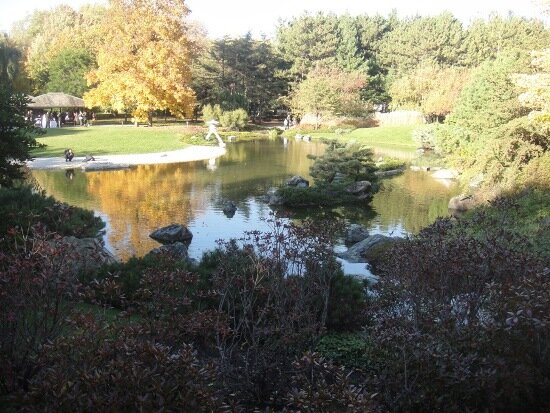 Sommer-blooming annual plants like begonias, fuschias and impatiens brighten up the garden through until the fall. The Japanese Pavilion blends smoothly into the garden and, like its surroundings, reflects the artistic ideals of Japanese culture or Shibui: simple and refined beauty.

Its Sukiya style, a synthesis of classic and contemporary styles, recalls a traditional Japanese home. The Pavilion has a number of rooms, such as the Toyota Hall and a multipurpose room, the Nomura art gallery and a tea room. There are an outdoor Bonsai Garden, a Zen Garden and a Tea Garden, as well. The goal of the Pavilion is to celebrate Japanese culture and art. It was built under the direction of architect Hisato Hiraoka, and opened on June 22, 1989. 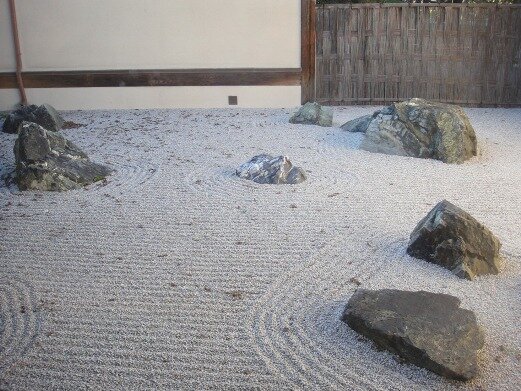 Some Japanese legends compare the hill to an Emperor, the water to courtesans and the rocks to brave soldiers keeping the courtesans from interfering in the Emperor’s life. The Japanese Garden was created with the support of the governments of Japan, Canada and Quebec, the City of Montreal and several Japanese companies.