Despite the constant Iroquois threat, Ville-Marie survived. Settlers went out to the field, reaping wheat, sickles in their hands and muskets slung across their backs.

They always went out to the fields in groups. At the sound of the bell at noon they returned to the fort together to eat. In the fall of 1643, the settlers had a small temporary hospital set up inside the fort, but there was not enough space for the hospital there, so the first permanent hospital was built on a small height of land a little less than half a kilometre upstream, at the present corner of St. Paul and St. Sulpice streets, where a bronze plaque with a bust of Jeanne Mance marks the site for passer-by.

The hospital was surrounded by a solid palisade and a ditch. This first hospital of Montreal was referred to as Miss Mance House (la Maison de Mlle Mance). The first hospital nuns came from La Fleche, France. They stayed at the premises.

The first Sulpicians lived there as well while their seminary was being built. In 1644, a company of soldiers was sent to Ville-Marie, along with a contingent of pioneers, recruited by the Notre-Dame de Montreal Society.

The newcomers set sail under the leadership of the Captain de La Barre. This man was known as a devout man. Nevertheless, once in Ville-Marie, La Barre made pregnant a native maiden, after which Maisonneuve said that La Barre had “nothing holy about him except his rosary and his false manner”. Arrangements were made to sand the captain back to France.

Anyway, the French were cautious. The Iroquois set a variety of traps for them, but the settlers learned the art of ambush. 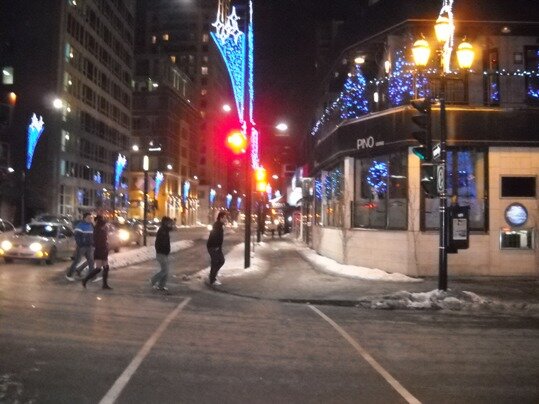