Located right in the heart of Montreal, the Planetarium in one of the few planetariums still offering live shows hosted by scientists.

Original fascinating scripts explain the sky’s wonders to guests of all ages, coming from different Canadian provinces and from other countries.

Every multimedia show at the Planetarium recreates the heavens in their splendour and with no light pollution. These shows introduce people to astronomy and make science accessible to everyone, letting visitors explore the Milky Way Galaxy and its countless treasures.

The Planetarium attempts to answer the most intriguing questions: Does life exist anywhere in our Universe, except Earth? What is the nature of black holes, quasars, gamma flashes, or supernovae? and many more questions about the space.

Astronomers invite the public to stargazing sessions where people can admire spellbinding astronomical phenomena. Weather permitting, participants cans use telescopes, provided by the Planetarium, to observe lunar eclipses, meteor showers, oppositions of planets, their transits in front of the Sun, and much more.

Address of Planetarium of Montreal: 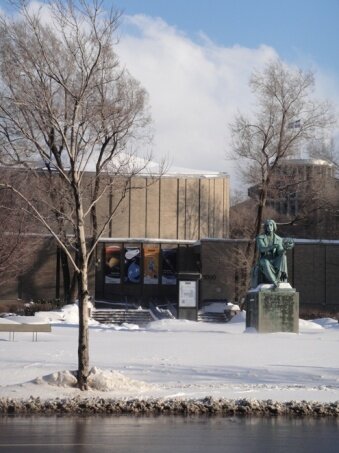 Nicolas Copernic monument in face of the Planetaium. Photo : © Provincequebec