Place d’Armes is located in the heart of historic district of Old Montreal, taking the Notre-Dame Street west out of Jacques Cartier Square, between Saint-Jacques and Saint-Paul streets.

Surrounding the Place d’Arms stand the Sulpician seminary, dating from the old times back to the fortified town; the facades of the Bank of Montreal, built in 1859 and of Notre-Dame Basilica, inspired by the French Middle ages; a Victorian New York Life Building, built in 1887 and an office tower in the International style reflecting the architecture of the 1960ies. In the middle of Place d’Armes, the statue of Paul de Chomeday de Maisonneuve commemorates the city’s founding in 1642, and as soon as dusk falls, the monument lights up.

Then the lights turn on the buildings in Place d’Armes. The statue was created by Philippe Hébert, in 1895. The Place d’Armes is the second oldest public square in Montreal, developed in 1693 as the Place de la Fabrique (Parish square) and renamed Place d’Armes in 1721. Since then, military parades and exercises were held here every Sunday.

Besides, for a few decades, in the end of 18th century and the beginning of the 19th century, the square was used as a market and Victorian garden, in the middle of the 19th century. Place d’Armes is a departure point for horse-drawn carriages offering tours of Old Montreal. Underfoot are the remains of Montreal’s first parish church and not far away archaeologists have uncovered traces of human occupation dating back thousands of years.

The metro station Place d’Armes is within walking distance from the square. 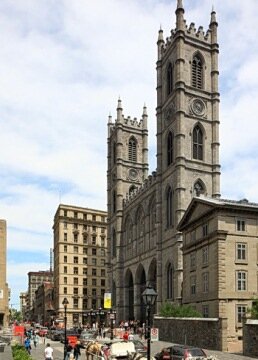 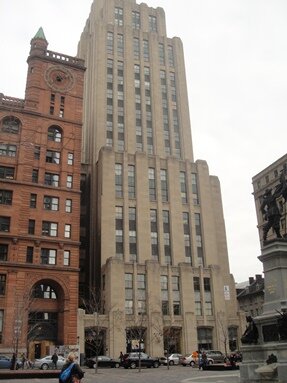 Aldred Building on the Place d'Armes. Photo by © Provincequebec.com 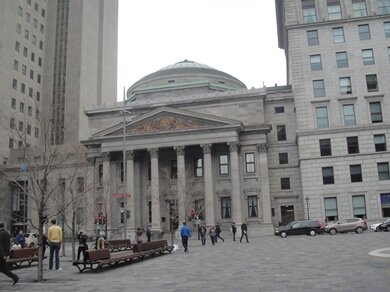 Bank of Montreal. Photo by © Provincequebec.com 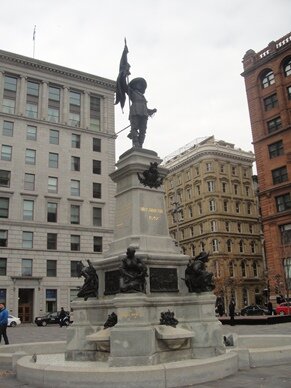 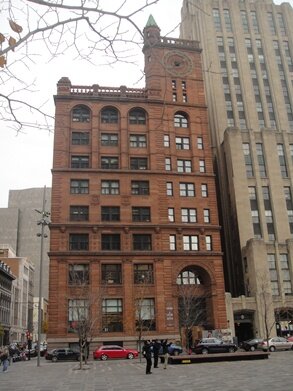 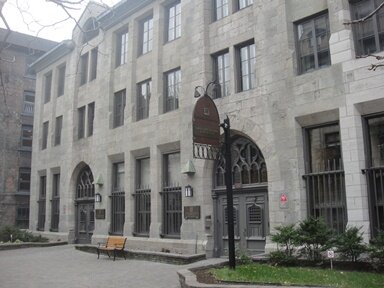 Chapel of the mariages. Photo by © Provincequebec.com