The Lachine Canal runs 14.5 kilometres from the Montreal’ Old Port to Lake Saint-Louis. It amazes with its stunning scenery and with one of the city’s most beautiful multipurpose paths.

The canal is an accessible urban park that astonishes with its rich history, and each year millions of visitors take over its banks. The activities and facilities at the Canal give the guests the opportunity to learn about the history of this site, which marked Montreal’s development, while enjoying a unique urban environment.

The Lachine Canal used to be the port of entry for a canal network that linked the Atlantic to the rest of the North-American continent. This waterway  was one of the factors that made Montréal the cradle of the Canadian manufacturing industry. It’s location near the port and the development of its hydraulic power potential in addition to the closeness of markets favoured the establishment of highly diversified businesses along its banks. Its development influenced the urbanization of the South-West of the island of Montréal.

The idea of a canal circumventing the Lachine Rapids goes back to the very first years that followed the foundation of Ville-Marie (Montreal), but it was not until the beginning of the 19th century that the dream would become a reality, when a way to circumnavigate the Lachine Rapids became a necessity for the Montréal merchants who sought to make their city one of the main hubs of North American trade.

Work began in 1821 and the canal was completed in 1825. The first canal enabled the passage of small flat-bottomed sailboats. With the increase in shipping and in tonnage, thecanal  had to be enlarged twice the work was carried out from 1843 to 1848 and from 1873 to 1884. Thanks to this canal, from 1847 to 1945, South-West Montréal had the most highly diversified concentration of industrial establishments in Canada.

In its heyday, just before the great crisis in 1929, nearly 15 000 ships used the canal annually.

In 1959, the Lachine Canal was replaced by the St. Lawrence Seaway. Falling into disuse and partially filled in beginning in the 1960s, the canal was closed to shipping in November 1970.

Managed by Parks Canada since 1978, the canal is widely known for its multi-purpose path. It is primarily a national historic site whose objective is to bear witness to the importance of shipping, canalization and industrialization in the history of the country's development. 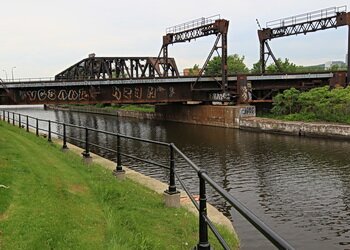 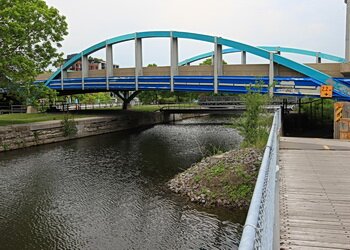 Pointe St. Charles Bridge. The impact of the Lachine Canal on Montreal during the mid to late 19th century can be seen through the emergence of new working-class neighbourhoods such as Griffintown, St. Henri, Pointe St. Charles. Furthermore, the population of Montreal grew by over four times between the middle of the 19th century and the beginning of the 20th century. Photo : © V. Petrovsky 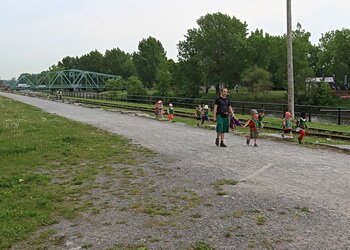 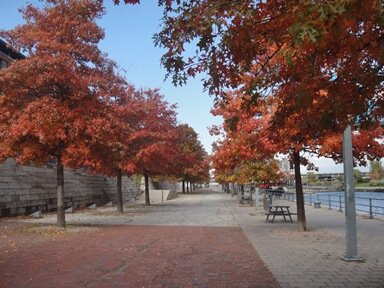 The area around the Atwater Market has become one of Montreal's most desirable residential areas for condo owners. Much of this is thanks to the continued effort to clean up the Canal. Photo : © V. Petrovsky 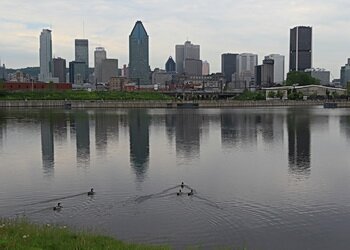 The canal is situated on land granted by the King of France to the Sulpician Order. Beginning in 1689, attempts were made by the French Colonial government and several other groups to build a canal that would allow ships to bypass the treacherous Lachine Rapids. Finally, in the beginning of the XIXth Centery, after more than 130 years of failure, a consortium that included the young Scottish immigrant John Redpath was successful. John Richardson was Chairman of the Committee of Management of the canal project and its chief engineer was Thomas Brunett. The contractors were Thomas McKay and John Redpath, plus the firms of Thomas Phillips & Andrew White and Abner Bagg & Oliver Wait. Photo : © V. Petrovsky 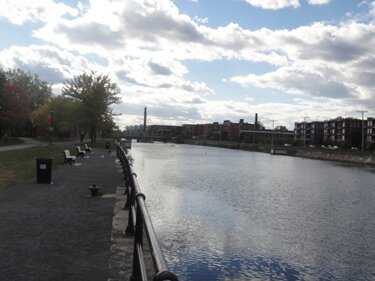 During the 1840s, the Lachine Canal was deepened to allow heavier ships to pass through and hydraulic power was introduced to the industries located on its banks. Photo by © Provincequebec 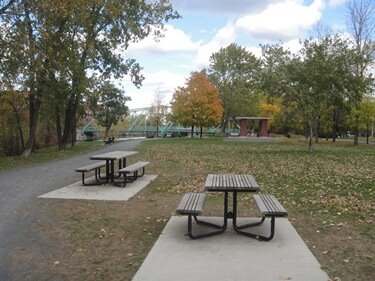 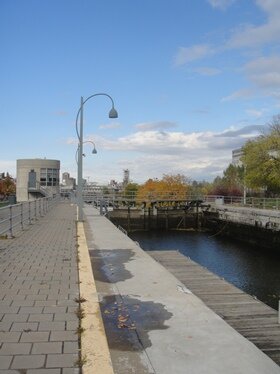 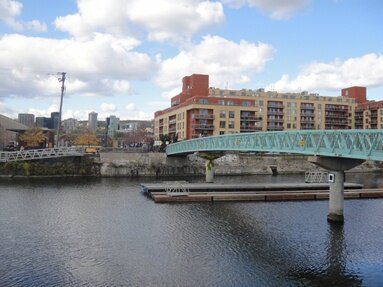 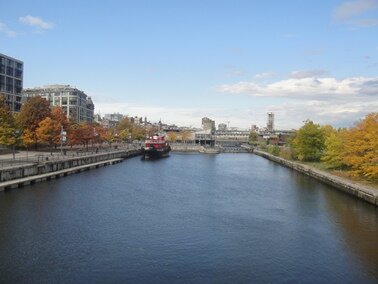 Entrance to the Lachine canal (the tugboat Daniel McAllister in sight). Here at downstream entrance to the canal, you once would have found yourself on the border between two worlds. On one side, was the maritime domain, turned mainly towards Europe, an inexhaustible source of manufactured goods and new immigrants. On the other side was the river domain, focused on the transport and export of the abundant raw materials that made the country’s fortune. Despite appearances, the lock operators had no respite: their incessant labour ensured that commerce ran smoothly. Photo: © ProvinceQuebec 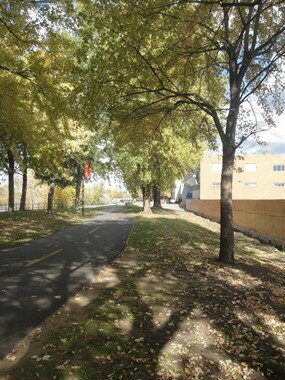 Managed by Parks Canada since 1978, the Lachine Canal is widely known for its exceptional, multi-purpose path, which has enabled millions of users to explore an unusual landscape filled with history. Photo : © ProvinceQuebec 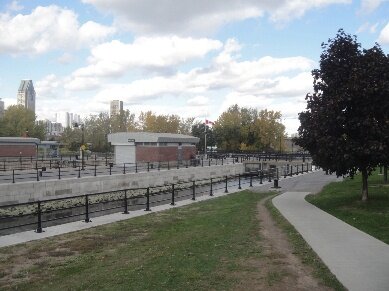 One of the main reasons behind the growth of the Lachine Canal region was the access to hydraulic power which was provided through the deepening of canal in the 1840s. Throughout the mid to late 19th century, industries all along the banks of canal experienced consistent growth through the access to this energy source. Photo: © ProvinceQuebec 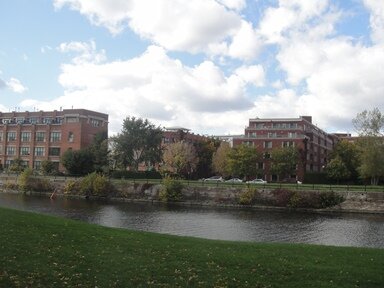 At its zenith from 1880 to 1940, the industrial and manufacturing area adjacent to the canal was once the largest in Canada in terms of both the number of firms and diversity of its output. At one time, over 20% of the workforce of the Island of Montreal was employed in its factories. Given its historic importance, the "Lachine Canal Manufacturing Complex" was designated a National Historic Site of Canada in 1996, in addition to the designation already enjoyed by the canal itself. Photo: © ProvinceQuebec 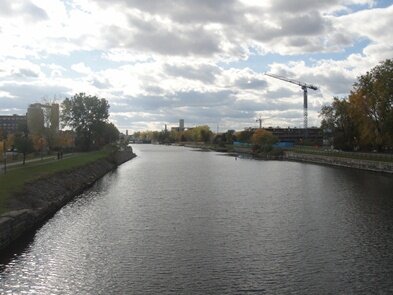