No doubt, from prehistoric times to our days, humans have always liked to leave their mark in every occasion, on every wall, and so, from caves to public toilets.

There is no escaping from this urge (hum… let’s call it a social phenomenon for the sake of argument). The graffiti phenomenon has made its first appearance in New York at the end of the 1960ies, where the writing on the walls became a way of marking out territory and of expressing one’s attachment to a group. In addition, as a means of defending or denying ideas that were socially unaccepted, this form of visual expression quickly spread through all major cities around the world.

Graffiti artists moved from chalk to markers and then to aerosol sprays, since the idea was to cover as large surfaces as possible in every non-protected public space.

In Montreal, tags and graffiti have covered the walls since the early 1990s. Work of art for some, visual offence for others… theses marks, denounced by many and hailed by many others, are a form of expression, despite the controversy.

Today, a walk through the streets of Montreal is like a visit to an open-air museum. The works are not always as pretty as we’d like them to be, but this art still delivers a message. 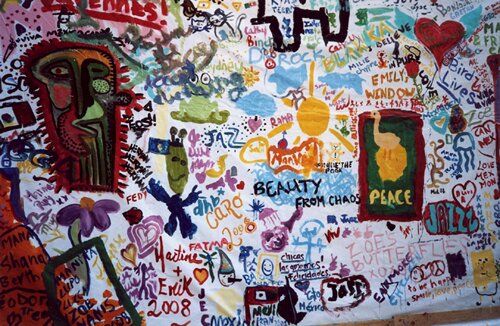 Photo offered by: courtesy of © www.PlaneteCastor.com

Since the municipal authorities do not tolerate any kind of graffiti, owners are constantly involved in cleaning bees whose costs are staggering. Some of the owners prefer to pay for the painting of grandiose frescoes rather than face a succession of tags of every kind.

The fact is that the tacit rule of graffiti artists says that a person can’t paint over someone else’s graffiti unless this person is a famous artist who can paint a work of a great quality. It would be very difficult to say how many taggers and graffiti artists are carrying on this art in the streets of Montreal. The themes are as different, as immigration, war, sports, animals, fantasy, dreams, urban legends and many more. Anyway, evocative, accusatory and sometimes explicit symbols of what is happening in the buildings, graffiti cover the whole of the city with their colour. 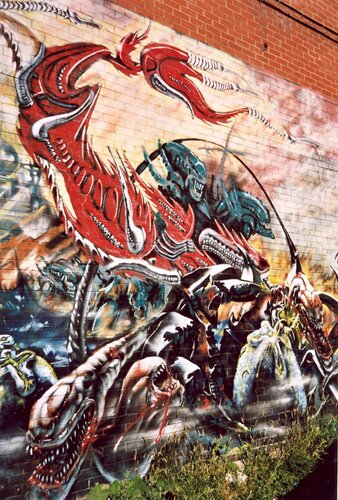 Photo offered by: courtesy of © www.PlaneteCastor.com 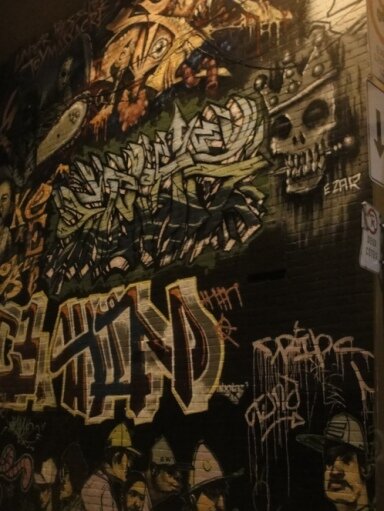 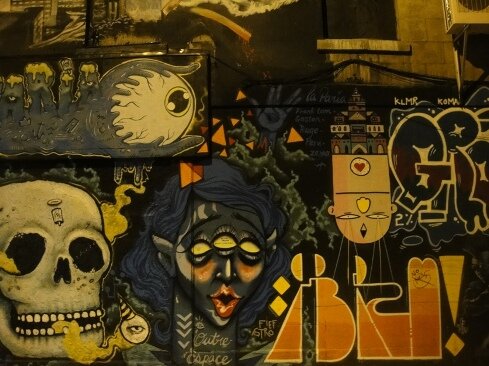 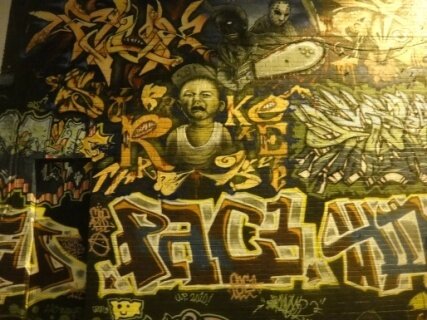 In Montreal, Café-Graffiti offers to tourists and denizens of Montreal tours of what’s going on. People can learn about the hip-hop movement, and participants can identify some of the artists.