Saint-Henri neighbourhood is located in south-western Montreal. It’s one of the oldest neighbourhoods on the Island of Montreal, established in 1685 and it’s a part of the Le Sud-Ouest Borough.

The Saint-Henri is bounded to the east by avenue Atwater, to the west by Highway15, to the north by Highway 720, and to the south by the Lachine Canal.

Through the 19th Century the neighbourhood is well known as a French-Canadian, Irish and black working class community, though since the 1970ies it has been strongly affected by gentrification. Its working-class character was most memorably recorded by Gabrielle Roy in her novel The Tin Flute (Bonheur d’occasion).

The area used to be known as Les Tanneries because of the artisans shops where leather tanning took place. It was officially named for St. Henry via the Saint-Henri Church, which at one time formed Place Saint-Henri along with the community’s fire and police station.

Saint-Henri Church was so named to commemorate Fr. Henri-Auguste Roux (1798–1831), the superior of Saint-Sulpice Seminary.

Well-known people from Saint-Henri include strongman Louis Cyr, who served as a police officer in the neighbourhood and the comedian Yvon Deschamps who has treated the daily struggle of Saint-Henri's citizens with humorous melancholy.

Louis Cyr, the strongest man in the world, was born in 1863. Cyr defended his title in many contests, several of them in Europe. He could lift a platform with four horses on it, place a barrel of cement on his shoulder with one hand or pick up over 225 kg with one finger. He once held to a standstill a pair of horses headed in opposite directions.

Today, a multi-ethnic collage of people of varied social classes live here, especially in the recent housing developments that have sprouted along the Lachine Canal. A great number of teenagers from neighbouring districts attend Polyvalente Saint-Henri and James Lyng High School (EMSB).

Some of the district's notable Art deco buildings, including Atwater Market and the historic No. 23 fire hall, which were designed by Ludger Lemieux. Many of the old houses in St. Henri serve as single family residences.

Today St Henri is seeing a revitalization due to the return of young people to new and renovated housing, attracted to the beauty of the revitalized canal district, the proximity of downtown jobs and a relative low cost of living. The influx of new, more residents is again changing the character of the community

The neighbourhood is served by the Lionel-Groulx and Place-Saint-Henri metro stations. 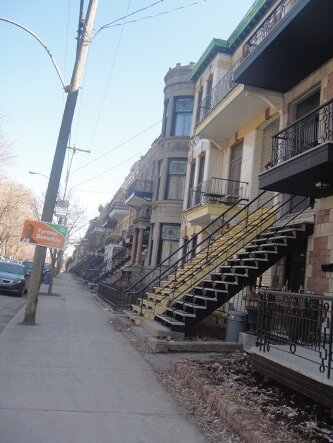 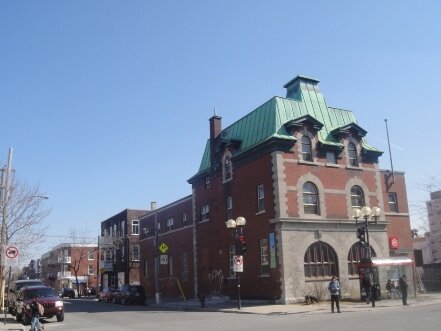 This building used to be a firefighters barracks and the local library. Photo : © ProvinceQuebec 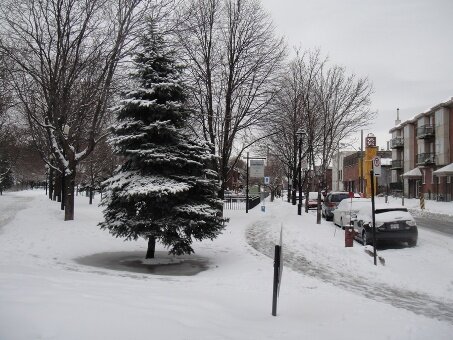