Cote-des-Neiges is one of the oldest settled areas on the island of Montreal, established almost as long ago as Old Montreal itself. French began living here in the late 17th century, creating a cluster of small villages with small manufacturing industries and simmer estates for people living in Montreal.

There were many greenhouses and gardens here. Much of the land remained rural well into the 20th century, and until the 1930ies, there were still large tracts of farm land. In fact, intensive development of the area begun after World War II. The area was linked to Montreal by Chemin de la Cote-des-Neiges which exists till our day as a main artery that still links the borough to the downtown. The area first immigrants were Eastern Europeans who came here after the World War II.

Many Jewish immigrants, as well as Polish, Ukrainians, Hungarians and so on who left Europe after the war, were attracted the spacious backyards, privacy, open spaces and rather low rates for ownership of the lots in the Cote-des-Neiges borough. Till now, a few people from that first generation of immigrants remain here, and the neighbourhood has the largest concentration of Montreal of elderly Canadians born in Europe. Later, other communities settle throughout the area, from Decarie to Chemin Cote-des-Neiges.

The next major wave of immigrants came from the Caribbean beginning in the 1660ies. Vietnamese, Laotians and Cambodians moved in during the late 1970ies.

They lived in the cheaper apartment building on Barclay Street, built in the 1950ies. Many of these buildings were unliveable, infested with cockroaches and abandoned by their owners, but immigrant tenants moved in and renovated over one thousand apartments. Communities are constantly shifting in the neighbourhood, and there is a cultural diversity barely matched elsewhere.

Today, Asian-Montrealers are among the most recent to make this part of the city their own. No doubt, ten years from now it will have changed again.

The Côte-des-Neiges neighborhood is part of the Côte-des-Neiges/Notre-Dame-de-Grâce borough, north and west of downtown Montreal. The Saint-Joseph's Oratory and the University of Montréal Campus are located here, as well as many other educational facilities and healthcare establishments.

Well, CDN is a very lively neighborhood, with its inhabitants of so many different origins, with its commercial or more exotic components.

The borough extends to the north up to De La Savane metro; eastward, along De Vimy Street; to the south, alongside the Côte-des-Neiges cemetary, and to the west, in Notre-Dame-de-Grâce, from Côte-Saint-Luc to the north to Saint-Jacques Street in the south. 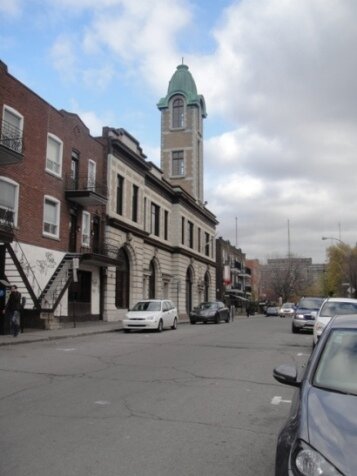 A view of the Cote-des-Neiges neighborhood. Photo : © ProvinceQuebec.com 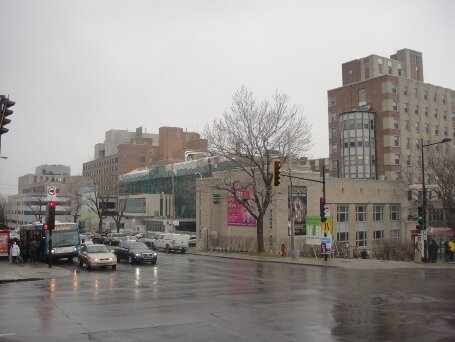