Notre-Dame-de-Grâce – NDG for short, Our Lady of Grace in English is one of five districts of the borough of Côte-des-Neiges–Notre-Dame-de-Grâce (CDN-NDG) of Montreal. It is a nice residential neighbourhood and it has a population of around 35000.

The neighbourhood is bounded by west with Montreal West, on the east with Westmount, by the south by the Falaise Saint-Jacques and by the north by Cote-Saint-Luc.

Since the early XXth Century this neigborhood has been an anglophone domain, and its central and western parts still are traditionally home to middle-class anglophones. The majority of residents in this district speak English in their homes. There is also a sizeable immigrant community mostly around the parts of the district either north of Somerled Avenue or south of Sherbrooke Street.

In recent years, however, NDG has developed into a highly-desirable neighbourhood for young professionals.

The neighbourhood is known for its tree-lined streets, brick houses, closely cropped duplexes and many 2-3 stories apartment buildings. Benny Farm is one of the most well-known public housing project in central Notre-Dame-de-Grâce built first for Second World War veterans and single-parent families. Today, it has been renovated and converted into condominiums. Besides, many of the houses here are historical and have much character

The major commercial streets of the neighborhood are Sherbrooke Street, Monkland Avenue and Somerled Avenue. 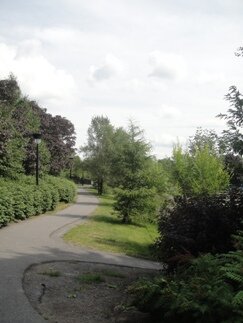 A small parc near the Decarie Boulevard. Photo : © ProvinceQuebec 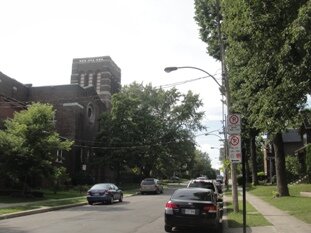 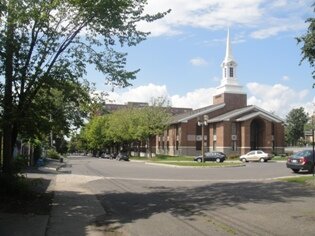 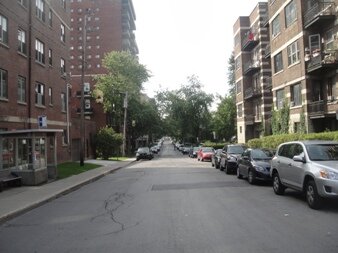 Another view of the neighborhood. Photo : © ProvinceQuebec 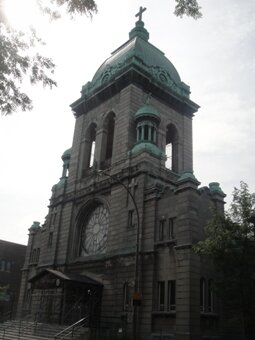