Victoria Avenue, one of the main arteries of Cote-des-Neiges neighbourhood of Montreal, was called the New Main.

Indeed, like St-Laurent Boulevard (called Main for a very long time), Victoria Avenue leaded to more prestigious communities, Westmount to the South and Town of Mount Royal and Town of Saint-Laurent to the north.

This is where many people find a home when they arrive in Montreal, and many of them often move to newer apartments near Queen Mary or to duplexes in Snowdon.

At Van Horne shopping center (at the Plamondon Metro Station), customers babble in French, English, Yiddish, Russian, Arab, Chinese, Spanish and many other languages. Most of the buildings, located on Victoria Avenue, were constructed in the 1950ies. They are more spacious than they look, and their first tenants were post-war immigrants from Eastern Europe, followed by people from Africa, Latin America and, most recently, by immigrants from Asia. 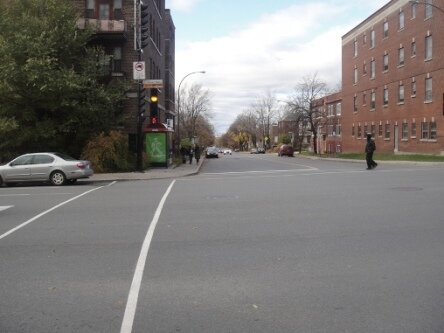