The clock tower at Old Port of Montreal, located on Quai de l’Horloge, offers an excellent view across the city.

It contains an exhibition that traces Montreal's history.

This tower was originally called the Victoria Pier, and it’s also called the Sailors' Memorial Clock, because it was built as a memorial to the Canadian sailor who died in the World War I. The towers’ cornerstone was laid by the Prince of Wales in October, 1919, and the tower was built by 1922.

The building is 45-metre high. Guests can climb 192 steps b to take in the spectacular view of the Old Port, St Lawrence and Montreal. The clock’s mechanism is similar to the one that drives Big Ben at the Palace of Westminster. It was built in England by the firm of Gillett and Johnson.

A parking lot occupies a part of the quay, and the Yacht Club Montréal is located in the Clock Tower Basin. 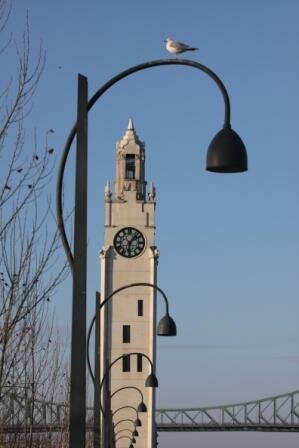 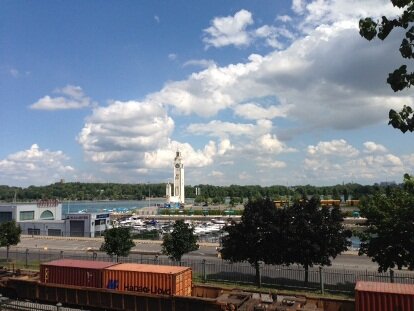 The Clock Tower as seen from Faubourg Quebec. Photo by © Megan Jorgensen 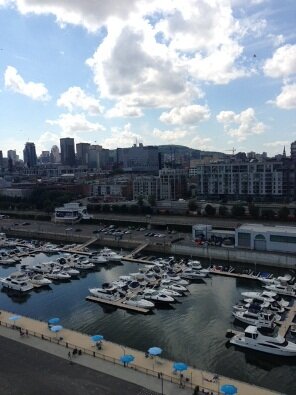 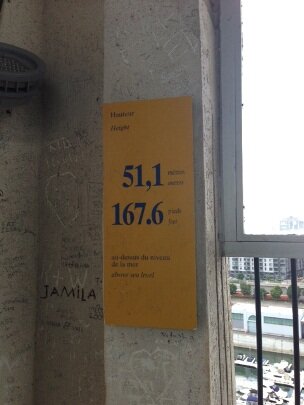