Montreal in the 18th Century

Montreal in the 18th Century

Montreal in the 18th Century

In the 18th century, Montreal transformed itself from a village built of wood into a densely occupied town built of stone.

Wealthy merchants and military officers built houses, and institutions erected prestigious buildings. A revival of the fur trade after years of stagnation and war were reflected in more refined architecture.

Besides, new building regulations adopted in the wake of devastating fires also altered Montreal’s appearance. Growing numbers of craftsmen were trained and employed. The military engineer Chassegros de Lery, in his capacity of the king’s chief engineer, designed many of the principal buildings between 1717 and 1730.

As a royal engineer, he drew plans of the courthouse and prison house on Notre-Dame Street, but he designed a few residential projects, such as the private residence of Governor Philippe de Rigaud de Vaudreuil, on St. Paul Street, in 1723, on the Jacques-Cartier Place. This house was destroyed by fire 80 years later. Generally, the town’s architecture relied on traditional construction techniques, thus costly stylistic ornamentation was reserved for the entrance facades.

During the 1730ies the population exceeded 2,500 inhabitants, and although the fire of 1721 and 1734 destroyed hundreds of houses – more than half of them made of wood, - the town grew and prospered. 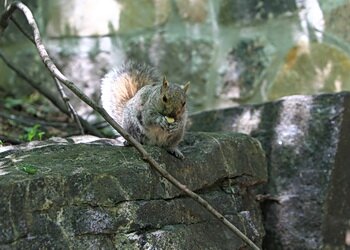