Montreal as seen by Father Charlevoix

We are fortunate in having Montreal depicted for us as it was only eight years after the Peace of Utrecht, in the happy pages of Father Pierre Francois Exavier de Charlevoix, whose name is for ever connected with the history of Canada. He became a Jesuit priest at the age of 16, was sent out while still only 23 for fur year as a teacher at Quebec and became henceforth a historian of New France and of America at large.

Charlevoix visited Montreal in 1708. Later on he was sent out in 1720 to make an extensive tour in New France and the English Atlantic colonies. Ithe course of this expedition he visited Montreal again in 1721 and wrote an extended account of it. His Histoire et Description Generale de la Nouvelle France, published in 1744 became and remains a firsthand authority for the Canadian history.

Charlevoix, in his first journey, came up the river in summertime and noted, as did all travelers, the beauty and ferility of the country frome the head of St. Peter Lake upward, as compared with the rugged and forbidding north shore frome the Golf to Tadoussac. His second journey offered the contrast of winter travel, alog the ice at the edge of the river and lake.

Charlewvoix went from Quebec City to Three Rivers from March 4 to March 6 (about 83 miles), thus in three days. From Three Rivers to the mouth of Richelieu River - about 47 miles he traveled in less than a day; thence to Montreal (about 49 miles), one day and a part of another. The custome thus breaking the journey to Montreal with convenient stopovers was usual both in summer and winter.

Winter travel by land was, of coruse. vastly superior to land travel in summer, as the country, apart from the military higway from the St. Lawrence to the Richelieu (Montreal to Chambly), was, till the opening of the Chemin du Roy, roadless - at leas in any alrger sense.

His itinerary as between Quebec City and Monteral gives us a view of the conditions of winter travel in French Canada, practically unchanged all trough the French Regime and long after, indeed until the coming of the railway. 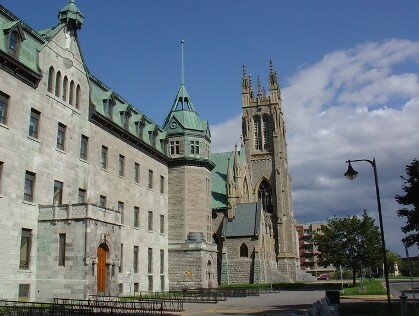