Montreal was conceived and founded as a mission town.

On May 18, 1642, a small group of about fifty colonists, including four women and a few children, landed at the mouth of the Little River, on the island of Montreal.

Among the founders, sent by the Society of Notre-Dame in 1641 (the colonists spent the winter in Quebec City), there were Paul de Chomeday de Maisonneuve, native of the province of Champagne, a single 29-year-old soldier, and Jeanne Mance, a 34-year-old nurse, also a single and also native of Champagne.

A clear goal motivated the founders: to evangelize the Amerindians and to have the French mix with the First Nations so the influence of the Europeans would “civilize” the nomadic peoples.

Thus, Ville-Marie (the first name given to the settlement dedicated to the Virgin Mary) was an unusual project, the likes of which cannot be found anywhere else in North America. Indeed, the French hoped to attract Amerindians in great numbers, especially Algonquians.

These men and women would thus gain from the French presence through mutual protections and other benefits. They would trade in good and services and help each other in everything.

Ville-Marie strived to be a kind of religious Utopia for some of the founders, mainly pious gentlemen, and a dream of a better life for some other, that’s peasants and military men. 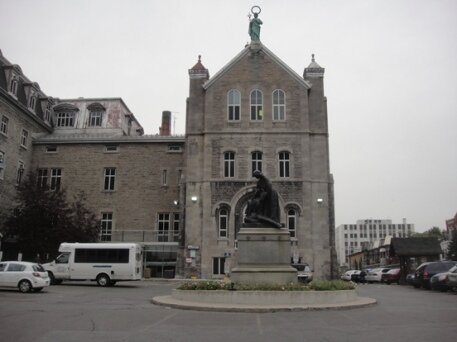